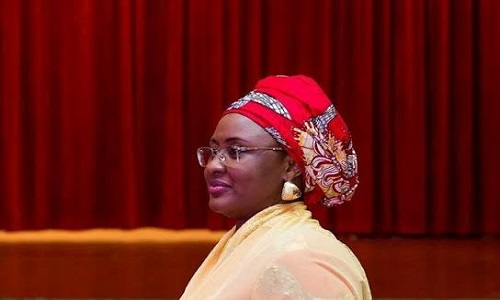 Governor Ayo Fayose of Ekiti had alleged a little while ago while reacting to the freezing of his Zenith Bank accounts by the Economic and Financial Crimes Commission that the wife of President Muhammadu Buhari’s wife Aisha was involved in the $185m Halliburton scandal in the United States.

However, recent reports by PUNCH claim that the The United States government has refuted such claims. The news agency reports that the acting Public Affairs Officer, US Consulate General, Lagos, Frank Sellin, said this in an email sent them on Tuesday.

Sellin said this in response to an enquiry made by our correspondent regarding allegations that the President’s wife was wanted in the US and was avoiding travelling to the country.

In a message, Sellin said, “Thank you for the inquiry. We have no information to provide on this matter.”

The Ekiti State Governor, Ayodele Fayose, had, last month, alleged that Mrs. Buhari was involved in the $185m Halliburton scandal.