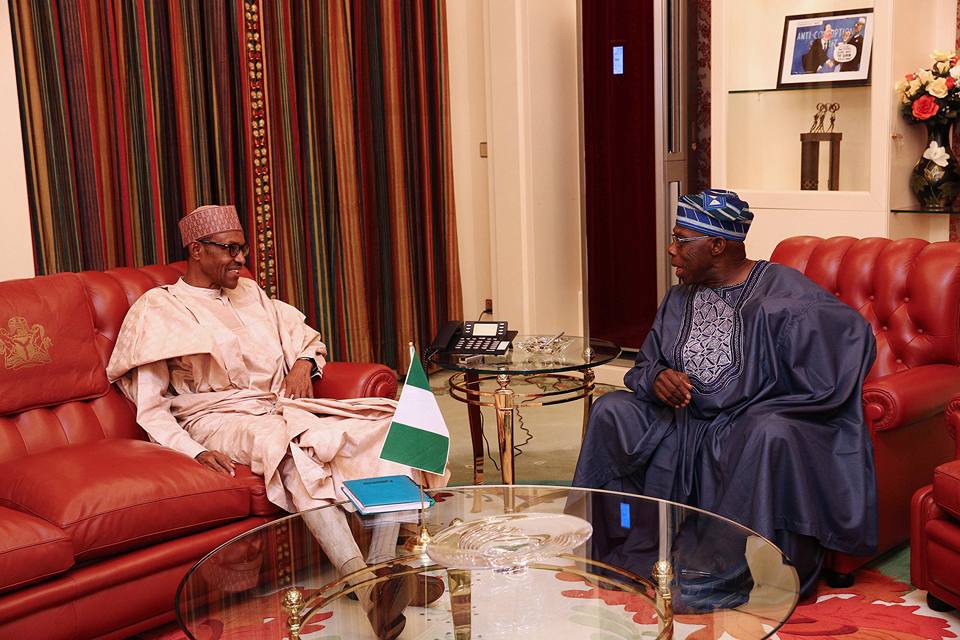 President Muhammadu Buhari had a closed-door meeting with former president Olusegun Obasanjo,  on Monday at the presidential villa in Abuja. The former president earlier in 2016 had claimed that the National Assembly and State Houses of Assembly were filled with armed robbers and rogues.

Obasanjo, had challenged Senate President Bukola Saraki and House of Representatives Speaker Yakubu Dogara to open the financial records of the National Assembly since 1999 to external bodies.

The ex-president made this known while speaking to State House reporters on Monday, July 25, shortly after meeting behind closed-doors with President Buhari said that the country should rather get men of integrity in the federal parliament.Asked if he wanted investigation into the issue of padding of the budget, he said:

“It’s not question of investigation, we should get men and women of integrity in the place and the President should be very vigilant, whatever should not pass should not pass.”

And as regards his meeting with Buhari, he said he was in the Villa to deliver some messages to the President.

“Not too long ago, I was in Liberia and Gambia and I have messages these two countries will want me to deliver to the president.

“Also, only yesterday I came back from Seychelles Island where I attended this year’s Annual General meeting of Africa Export Development Bank. And there are aspects of the proceedings that I think I should update the President.”