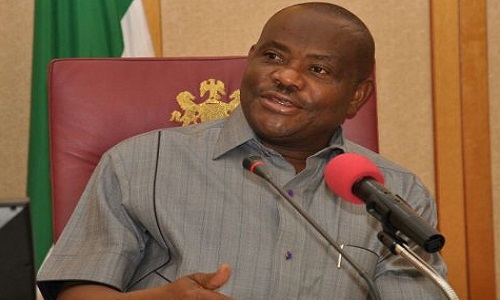 Governor Nyesom Wike of Rivers State has kicked against the recent posting of police officers in the country by the acting Inspector General of Police (IGP), Ibrahim Idris.

The governor said he had informed the acting IGP of the posting of officers allegedly used by politicians to compromise the state security, back to the state.

Governor Wike, who was addressing medical practitioners at the Government House, Port Harcourt yesterday, warned that should Mr. Idris fail to address his concerns, he would be forced to make a state broadcast naming the said officers and the ignominious roles they played in compromising the security of the state.

He particularly mentioned a senior police officer, who was indicted for aiding kidnappers and cultists in the state but had been posted back in what he alleged was a current attempt at frustrating the security architecture of the state.

Wike said the officer in question was posted out of the state in March 2016.