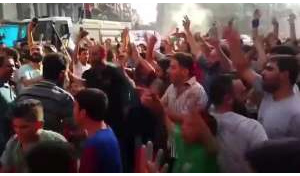 At least 11 premature babies were killed Wednesday in a fire that tore through one of Baghdad’s largest maternity hospitals, medical and security sources said.

Health ministry spokesman Ahmed al-Rudeini told AFP the blaze at the Yarmouk hospital in west Baghdad was started by an electrical fault.

He added that 29 other infants in Yarmouk “were evacuated to other hospitals in the capital.”

An official at Iraq’s interior ministry confirmed the death toll from the fire, adding that three other babies were being treated for smoke inhalation.

Many of Baghdad’s public hospitals are considered of poor quality, pushing a number of Iraqis to seek private healthcare.