A 17-year-old pregnant girl, simply identified as Temitope Saka, has died after drinking insecticide, (Sniper), in the Igando area of Lagos State.

Saka allegedly blamed her grandma for her suicide mission.

Punch reports that Saka’s boyfriend reported the case at the Igando police division, which led to the arrest of the woman. 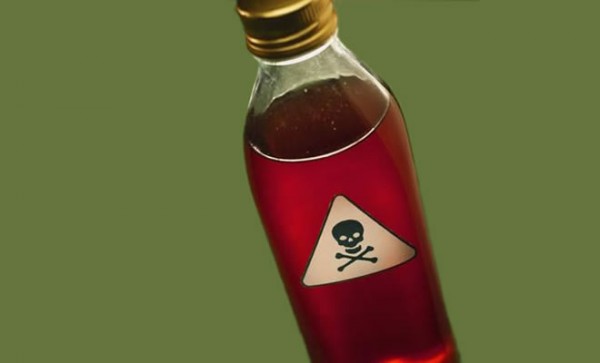 An eyewitness explained that Saka, who was the only child of her parents, was taken to her grandmother’s house on Mofoluwasho Close, Alhaji Ede bus stop, Igando after her mother died when she was three years.

The source said, “She had been living with her grandma since her mother died. The grandma is a trader in Ikotun, where the girl met her boyfriend, who is also a trader.

“There were times that the girl brought the man home and he spent the night with her because the grandma went for vigils.”

After taking in, out of fear, she drank the poison and began foaming in the mouth at her boyfriend’s house.
She was said to have been rushed to the Igando General Hospital where she was confirmed dead by the doctors.

Her boyfriend, who saw the suicide note, was said to have reported the incident to the police.

A resident said, “The girl and the boyfriend loved each other. The man did not even reject the pregnancy.

“The grandma probably chased her away because she could not stand the shame that the girl got pregnant out of wedlock.

“Last Wednesday, while she was at the boyfriend’s house, she started foaming in the mouth and she was taken to the hospital.

“The boyfriend found a suicide note where she accused her grandma of causing her death. He reported to the police.

“The police took the note and arrested the woman. She was in tears at the bus stop as she kept saying she didn’t mean any harm.”