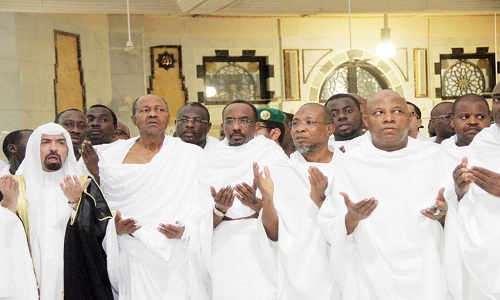 As Nigerians lashed at the Federal Government for approving the subsidization of dollars for Muslim pilgrims, the Presidency has defended the decision, saying the approval was given months before and prior to the new FOREX regime.

Condemnation trailed the dollar subsidy for Muslims taking part in the 2016 Hajj at a time business owners and individuals were finding it difficult to obtain FOREX even as the Naira nosedived further to N400 to the dollar.

Although the Central Bank of Nigeria had issued a circular on Thursday to all authorized dealers to sell dollars to pilgrims for this year’s Hajj at an exchange rate of N197, with each entitled to a minimum of $750 and maximum of $1,000 as Personal Travel Allowance (PTA), it only just became public knowledge yesterday.

The decision was met with outrage with many accusing the federal government of favoring a particular religion.

But the Senior Special Assistant to the President on Media and Publicity, Malam Garba Shehu, explained that the subsidy was in no way discriminatory as the same gesture was also extended to Christian pilgrims this year.

1. The exchange rate of N197:00 to a Dollar was approved by the President about three months ago,…

2. …much earlier than the the new FOREX regime came into being.

3. The Chairman of the Hajj Commission has confirmed that it is non-discriminatory.

4. It was approved for Christian and Muslim pilgrimages for this year. The CBN has offered an explanation.