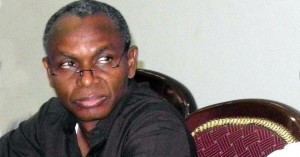 Violence erupted in some villages in southern Kaduna two days after the visit of the state governor, Mallam Nasir el-Rufai, it has been reported.

Violence were said to have broken out in Godogodo and Sanga Districts, both in Jema’a and Sanga Local Governments areas in the Southern part of Kaduna State two days after his visit.

He reportedly went to the villages to condemn the killings of natives and the arson, and also promised to improve security and bring the culprits to justice.

The governor held a State Security Council meeting in the commercial hub Kafanchan.

According to reports, a Pastor Luka Ubangari of the Redeemed Christian Church of God (RCCG) was killed at Unguwan Anjo, near Godogodo, which was earlier burnt by suspected herdsmen last week.

Two days after the murder of Ubangari, herdsmen were said to have attacked Ningon village, six kilometres from Gwantu, headquarters of Sanga council, leaving two dead and one injured.

A resident of Unguwan Anjo told Vanguard: “We were happy that the Governor (el-Rufai) visited and assured us of improved security and that the killers would be found and punished.

“To our shock, Pastor Luka Ubangari was ambushed, shot and killed as he was riding his motorcycle after an evangelical visit to Golkofa. He was killed by those who are out to remove us from our ancestral lands.”