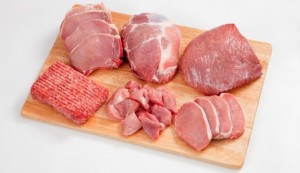 What actually happens to your body when you stop eating meat? Lets take a look at them….

You can’t imagine how much weight a person loses if they switch from being an omnivore to a vegetarian.

2. Your gut bacteria will change

The saying goes you are what you eat, and that relates to your digestive system as much as any other part of your body. vegans have more protective species of gut bacteria.

3. You could become deficient in nutrients

A balanced vegetarian or vegan diet can provide enough nutrients with enough planning. But it can be harder to get enough iron, vitamin D and vitamin B12. Eating enough pulses, such as beans and lentils, nuts, fruit, dark green vegetables, wholegrains, and cereals with fortified irons can help to get enough of the substance. Eggs, fortified fat spreads, cereals and some milks can be a source of vitamin D.

4. Your risk of developing cancer could drop…

A recent World Health Organisation report classed processed meat as carcinogenic, and so products such as bacon and salami found themselves categorized alongside formaldehyde, gamma radiation and cigarettes. Red meat was also labelled as “probably” having cancer causing properties.

5. …as well as your chance of having heart disease

Scientists recently found that red meat is linked to heart disease. Carnitine, a nutrient found in the food, sets of gut microbe reactions which contribute to the development of heart disease.