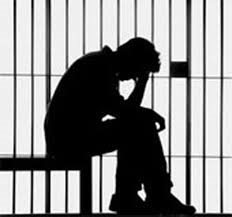 The Public Relations Officer of the Nigeria Prisons Service, Abia Command, Deputy Superintendent of Prisons (DSP) Kalu Ikpe, says the Aba Federal Prison has about 80 insane persons in its asylum.

Sometimes even here in Umuahia where there is no asylum, we receive them but when after sometimes we observe a strange behaviour, we do a referral and send them to Aba where there is an asylum.

Ikpe disclosed this in an interview with newsmen on Friday in Aba as he added that those that are insane are being taken care of by the prison to ensure that they were stabilised enough to enable them answer their respective charges in court.

“Those who are not normal are put under observation and are made to see psychiatric doctors who work daily to ensure that their drugs are administered.

“You know that the prison inmates are our brothers, so we cannot abandon them,” he said.

Ikpe, however, stated that getting the insane inmates out of the prison, where necessary, was the duty of the Chief Judge and the courts which committed them to the prisons in the first place.

He said that the prison had no means of discovering if a potential inmate was sane or not at the point of receiving him, but would keep custody of anyone with valid arrest warrants.

“In a situation where the individual’s case becomes worse or unmanageable by us, we alert the courts who committed them to our care.

“Depending on the nature of the alleged crime committed by the inmates, they are the people that can take decisions on their matters,” he said.

Ikpe said taking them to court depend on the degree of their mental health status.

He said that when jail deliveries were conducted, such cases were reviewed and appropriate actions taken on them.

As at Aug. 19, the prison has 600 inmates with only 113 convicted and serving full prison sentences. About 374 inmates have not been convicted, while about 116 inmates are in awaiting trial status.