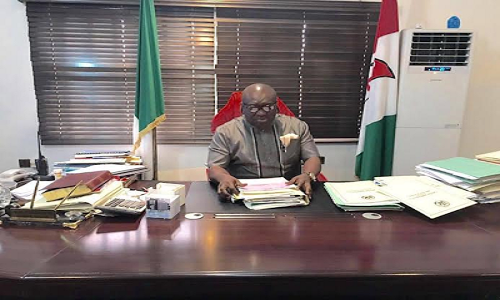 The Abuja Division of the Court of Appeal on Thursday declared as null and void, the decision of a lower court sacking Mr. Okezie Ikpeazu, as Governor of Abia State.

However, in the lead judgment read by Justice Ibrahim Bdliya, the Appeal Court insisted that the lower court lacked jurisdiction to hear the case and that any decision that flowed from it was null and void.

The five-man panel stressed that the law has laid down principles by which a case could be instituted.

Explaining that the process was flawed, the appellate court held that on the motion, which led to the appeal, three people indicated themselves as lawyers and signed the document while the law says only an identifiable legal practitioner can do so.

It further stated that it was not the business of the court to embark on a voyage of helping a litigant decide who filed his case.

Justice Bdilya said: “As such, the lower court erred in its deciding for the litigants”.

“To this end the lower court lacked the jurisdiction to adjudicate on the matter because the initiation process of the suit was not properly done.

“Therefore any decision taken by it flowing from that suit is null and void”, he insisted.

The Appeal Court ruled on three out of six appeals filed by the PDP under which Ipeakzu won the March 28, 2015 governorship election.

According to the court, the issues are identical and as such it adopts the ruling of the previous judgment.