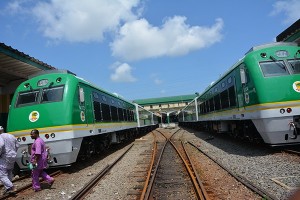 According to the Acting Managing Director, Nigerian Railway Corporation (NRC), Fidet Ikhiria, the Abuja-Kaduna train service has raked in 5.1 million within its first two weeks of operation.

Ikhiria said while speaking to newsmen that the train has over 320 passengers per trip. The train service runs from Idu, Abuja and ends at Rigasa, Kaduna with stopovers at Kubwa-Jere-Rijana.

“This is the third week of operation; the last week report showed that we had almost 5,000 passengers in six days. He added.

“We have capacity for 320 passengers per trip; for now, the maximum we can carry per trip is 320.

“So, for a day, the maximum number of passengers we can have is 1000. He further mentioned.

Ikhiria also said, “Some passengers with economy class tickets are coming to sit on the first class coach because the economy class is filled up.

“We are going to do more enlightenment on this at the station and communities levels.”

“The slow speed of the train is to avoid accidents as people living close to the tracks have yet to get used to the movement of train,’’ he explained.

“By next week, our scanners will be in place; I am also discussing with Nigerian Security and Civil Defence Corps (NSCDC) to deploy more men.

“We have armed policemen on board and some security personnel without uniform,” he said.