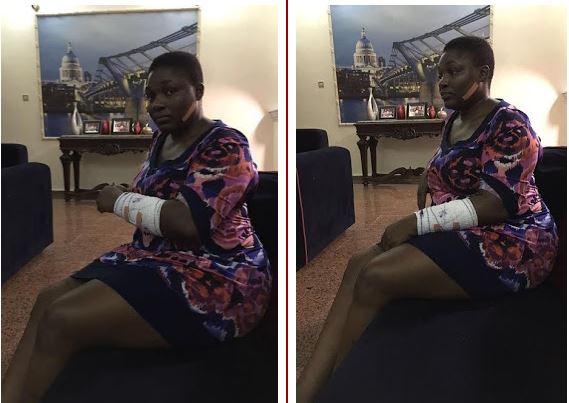 Actress turned producer Chioma Okoye was attacked at her home on Saturday, August 13, by four ladies led by a woman who alleged the movie producer made a movie out of her life. The women allegedly threatened Chioma’s life and promised to be back if she did not take down contents from her popular drama series “Lagos Men” currently making waves on her recently launched online platform. The drama series is said to be partly fictional and partly true life stories.

The woman and Chioma Okoye met three years ago through a mutual friend. The woman had been invited to Chioma Okoye’s house for drinks and after a couple of shots opened up about the chaos in her marriage. Exposing how her husband constantly sexually harasses her underaged daughter to the point of getting her pregnant at some point. The woman sought Chioma’s help as an entertainer to expose her unrepentant husband’s evil deeds as she was tired of fighting him over it.

Chioma had advised her to seek help from Child Protection Services but that as an entertainer would use her voice as an artiste to expose the deed. This happened in 2014. Chioma had gone ahead to write the story into her LAGOS MEN script. Now the drama series is out and gathering momentum and that sparked rage from the woman who had probably moved on. Hence the attack.

Shortly after the physical attack on Chioma Okoye, she received a phone call from a supposed policeman from Ajah Police Station . On getting to Ajah Police Station, the Policeman who identified himself as Officer Chuks cajoled Chioma to take down the content of her drama series  in exchange for the sum of 3M naira.

The woman is said to be on the run as Chioma has filed a case bothering on Threat to Life. 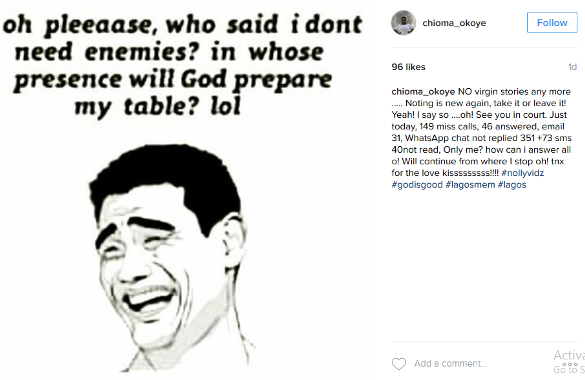