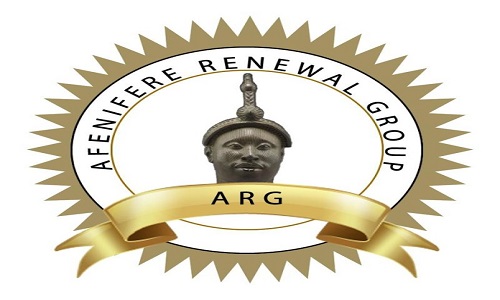 The ARG’s Publicity Secretary, Kunle Famoriyo, in a statement issued at the weekend, said the policy sent wrong signals about the touted autonomy of the Central Bank of Nigeria.

“It is tantamount to prioritizing religion over the nation’s economic needs”, the statement said.

ARG said religion was personal and should not be given priority when there were more fundamental and higher priority issues to expend the country’s scarce foreign exchange on.

The CBN last Thursday issued a circular to all authorized dealers of forex to sell dollars to pilgrims for this year’s Hajj at an exchange rate of N197 to the dollar at a time the market rate is averaging N400/$1.

Public outrage had greeted the directive with many accusing the federal government of favouring a particular religion. But the Presidency explained that the subsidy was in no way discriminatory as the same gesture was also extended to Christian pilgrims this year.

The pan-Yoruba group, however, disagreed, arguing that “This religious subsidy policy is needless, leaves room for sharp practices, and it is in bad taste considering that the forex policy is deemed to have been somewhat liberalized”.

“For example, importers of pharmaceutical products and textbooks do not benefit from a government special rebate, considering that these are more essential needs.

“Education has also been adversely affected by the forex crisis with more Nigerians affected than those going on pilgrimages,” the statement said.

“Already, thousands of Nigerians studying abroad are being recalled home because their sponsors could no longer afford the fees.

“Also, we know that overseas education is a private choice but so also is religious pilgrimage. If any of the two deserves government intervention, it is education, unequivocally.”

The ARG maintained that the policy did not portend well for the economy at a time Nigeria was desperate about shoring up its external foreign reserve, which has been massively depleted.

“This policy is more damaging to a larger Nigerian population that depends on stable forex policy and strengthening of the Naira. This is clearly a wrong priority and it must stop”.