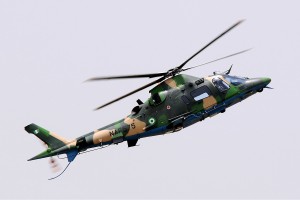 The Nigerian Air Force (NAF) has launched aerial patrol and surveillance to monitor the security situation in the Federal Capital Territory (FCT) and neighbouring states in response to emerging security threats around the country, especially within the North Central and North West zones.

The Chief of Air Staff , Air Marshal Sadique Abubakar, disclosed this to journalists at the Nnamdi Azikiwe International Airport Abuja after the flagging off of NAF Aerial patrol around FCT‎ yesterday.

Abubakar, who was represented by the Air Officer Commanding, Training Command Kaduna, Air Vice Marshal Nuruddeen Balogun, said a directive has been issued that the NAF ”should combine the ongoing operations in those areas and ensure that the FCT is covered” due to ”all the security issues that are bedevilling the North East, North West and also the Federal Capital”.

He also said it is a combination of Operation Yaki, Operation Sharan Daji and the joint operations taking place in Abuja.

“As you can see, there are three light utility helicopters that are capable of kinetic action, what we are supposes to do is coordinate the activities of the ground force with what we see air borne and make sure we bring effective fire and action to bear on whoever it is that has intention of breaching security,” he added.

He further mentioned that there is no time-frame for the security measure, saying, “we would continue to do it until it subsides completely.

I am sure Nigerians understand the situation we find ourselves now, anybody who is innocent has nothing to fear, only people with criminal intent should be worried, there is no problem, it’s a normal routine activity, we will make sure we identify and confirm before any action is taken.”