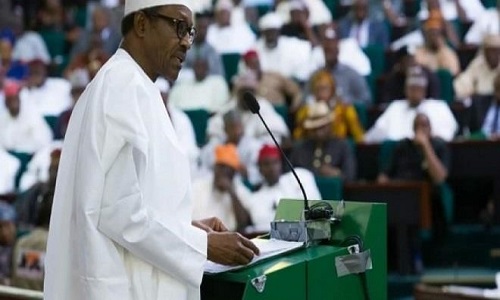 The Presidency has said it will not wade into the alleged budget padding controversy currently rocking the House of Representatives until the matter is referred to it.

The Chairman, Appropriation Committee of the House, Abdulmumin Jibrin, who turned whistleblower after he was removed from the position by the Speaker, Yakubu Dogara, alleged that some constituency projects worth over N42 billion were inserted in the budget at committee level well after the House had passed the budget.

He specifically mentioned the Speaker, his deputy, Yussuf Lasun; Chief Whip Alhassan Ado Doguwa and Minority Leader Leo Ogor, as being the brains behind the alleged padding of the budget.

It would be recalled that President Muhammadu Buhari withheld assent to the 2016 budget over alleged illegal additions and subtractions to his Appropriation Bill. It was not until May, when a “clean” copy with a breakdown of the estimates was received, that he finally signed it into law.

When the reaction of the government was sought on the alleged budget infractions as exposed by Mr. Jibrin, the Special Adviser to the President on Media and Publicity, Femi Adesina, said that it was not a Presidency matter at the moment.

According to Mr. Adesina, the alleged padding of the budget was a matter within the National Assembly.

He, however, said when the matter was sorted out in the House of Representatives and referred to the executive, the Presidency would act on it.

“It is a National Assembly matter, especially the House of Representatives. When it is sorted out there and referred to the Presidency that is when the Presidency can do anything about it”, Adesina said.

“There is the principle of separation of power”, he added.

Meanwhile, The Attorney General of the Federation (AGF) and Minister of Justice, Abubakar Malami (SAN), has vowed that no person will be spared if indicted in the budget padding scandal rocking.

He said the report of the police investigation would soon be ready.

“We will investigate the executive and legislative conspiracy as it relates to the constituency projects, with a view to measuring the act of execution of the padded projects over the years and in so doing, learn a lesson therefrom in the budget and its implementation as a law with an aim to prosecute infractions and block leakages inherent in the padding process”, he said.