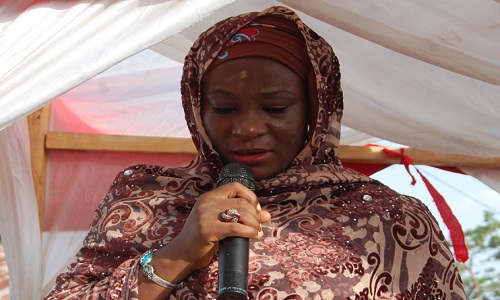 A member of the Bauchi State House of Assembly representing Dass State Constituency on the platform of All Progressives Congress (APC), Maryam Garba Bagel, has petitioned the State Commissioner of Police, CP Baba Tijjani, and Department of State Services (DSS) over a male colleague’s threat to deal with her in and outside the legislative chambers following an argument during their executive session on Wednesday.

The claim by Hon. Bagel, who is the only female member in the 31-member Bauchi House of Assembly, is reminiscent of the highly-publicized spat between Senators Dino Melaye and Oluremi Tinubu during an executive session of the Senate on July 12, 2016.

The Bauchi lawmaker, who is chairman of the house committee on women affairs, in a letter dated August 5 and addressed to the state police commissioner, sought protection against her male colleague, Hon. Yakubu Shehu Abdullahi alias ‘WOWO’, who she said vowed to carry out an attack on her “at whatever cost” after the both of them engaged in a heated debate during a closed-door session.

In the letter, with title “Request for police protection and safe (sic) my soul in view of the threat of physical bodily harm issued to me by Hon. Yakubu Shehu Abdullahi (alias WOWO) on 3/8/2016”, copied to the Speaker and Chief Whip of the House, Rt. Hon. Kawuwa Shehu Damina and Hon. Tukur Ibrahim respectively, the female lawmaker said she and her family are now vulnerable and live in perpetual fear as a result of the threat from her colleague.

“I find it necessary to inform you that both I and my family are now vulnerable and live in perpetual fair (sic) of the unknown due to his threat and therefore if any violent incident should happen to anyone of us, the authority should know where to seek for answers, because he issued the threat with all seriousness and vowed to carry it out at whatever cost.

“I hope your good office will take this issue with all seriousness and urgency it deserve to avoid unforeseen circumstance”.

The letter was acknowledged by the police commissioner’s office with a stamp dated August 5.