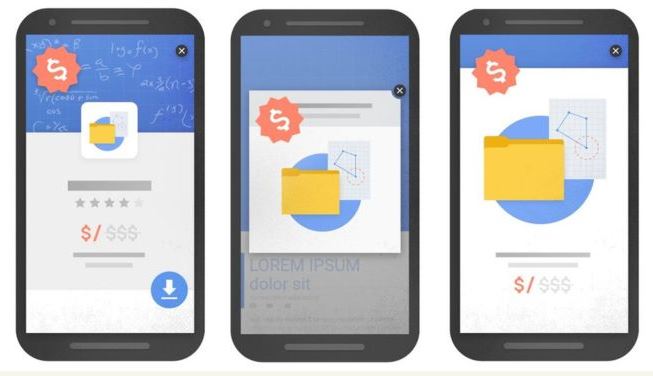 Google is to penalise websites that feature intrusive pop-up adverts. It is updating the algorithms used to rank its search results so that offending pages are more likely to get lower placings.

The change is due to come into effect on 10 January. Google makes much of its money from placing ads on the mobile web. One expert said the company wanted to give users one less reason to use ad-blockers or search within apps instead.

For its part, Google said the move should make using some of its results less frustrating. “Pages that show intrusive interstitials [elements that cover the content] provide a poorer experience to users than other pages where content is immediately accessible,” it blogged. “This can be problematic on mobile devices where screens are often smaller.”
Punishing pop-ups

The California-based company gave three examples of practices it wanted to discourage: pop-ups that covered part of the main content when the user clicked on to a page an intermediary webpage that had to be dismissed before the main content could be seen an ad that filled the web browser’s screen so users had to scroll down “below the fold” before they could see the material they wanted Google will, however, make some exceptions.

Pop-ups that alert readers to the use of cookies are still permissible, for example, as are ones that require log-in details to let visitors get behind a paywall.

“Google is one of the largest advertising companies in the world, but it’s in a very different position to Facebook, Snapchat and other global media consumption apps,” said Daniel Knapp, senior director of advertising research at the IHS consultancy. “Google is still very reliant on the desktop and mobile web to make money, and it’s much more difficult to clean up that experience than the native app environments. “That’s why it needs to tighten the screws on everyone with this crackdown.”