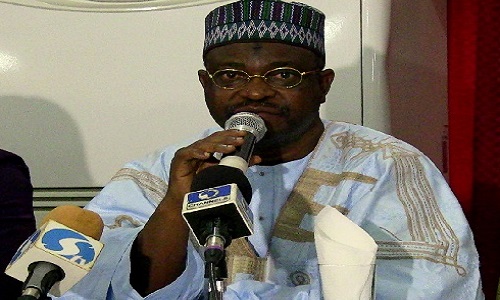 A former Speaker of the House of Representatives, Mr Ghali Na’Abba, has called for proper investigation of the role played by officials in the executive arm in the current budget padding controversy.

Na’Abba made the call while answering questions from Energy Correspondents, at a workshop organised by Kaduna Refining and Petrochemical Company (KRPC) in Kano.

He said it was impossible for the budget to be padded without the connivance of government officials.

“This stealing of funds cannot be possible without active connivance with some members of the executive arm”, he said.

On calls for the Speaker of the House of Representatives, Yakubu Dogara to resign, Na’Abba said that the call was “unwarranted’ as there was no formal indictment of the speaker.

“According to my understanding, where the issue being referred to as padding comes into play, is a situation where some members go behind and add items of expenditure to what has already been agreed upon.

“For either stealing the funds or doing whatever they feel like doing with it.

“So far, accusations are being traded amongst members of the house, but no investigation has been conducted.

He called for full investigation to ascertain the level of involvement of members of the House mentioned in the allegation before calling on anyone to resign.

“I expect that for 16 years of return to democracy, Nigerians would have understood the responsibilities of the National Assembly.

“For some weeks now, there has been controversy over what is called padding.

“As far as I am concerned, the National Assembly has the responsibility to pass the budget, approve it and allow the executive arm to execute it”.

On whether padding constituted an offence, Na’Abba said, “It all depends on what angle you look at it, I just told you that the responsibility of appropriation belongs to the national assembly.

“If padding is seen as an offence, then it is when some members of the national assembly decide to add items of expenditure through the back door after the bill has been passed by the two legislative arms.

“It therefore behoves on Nigerians to decide who represent them in the national assembly”.

The News Agency of Nigeria (NAN) reports that 30 selected Journalists from the Kaduna Council of the Nigeria Union of Journalists (NUJ) attended the three-day workshop, designed sharpen their skills in reporting the Oil and Gas sector.