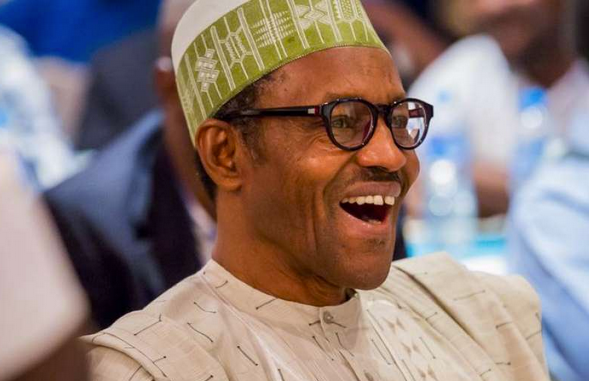 The Presidency has described as laughable, attempts to link President Muhammadu Buhari to the arrest and prosecution of Joachim Iroko, a 41 year old trader in Ogun State.

Mr. Iroko was arrested by the Ogun Police Command for naming his dog ‘Buhari’.

He was first arrested on August 14 by officers attached to the Sango Otta Division after receiving complaints from a neighbor, who said the name Iroko gave his dog was offensive.

According to the complainant, Salihu Umar, the ‘Buhari’ name Mr. Iroko gave his dog was the same as his father’s name.

He was subsequently arrested by the police and detained before he was finally charged with a one-count of attempted breach of public peace on August 22. He pleaded not guilty.

Bolaji Ojikutu, the Chief Magistrate in charge of the case, remanded Mr. Iroko in prison custody pending fulfilment of his N50,000 bail.

Mr. Iroko finally met his bail conditions on Wednesday after receiving about N90,000 through fundraising appeal coordinated by a human rights lawyer, Inibehe Effiong and was released around noon on Thursday.

In all, Mr. Iroko spent 11 days in detention – three in prison custody and eight in a police cell in Sango Otta, Ogun.

The incident drew flaks for the Presidency from a cross-section of Nigerians, who expressed fears that Nigeria was fast becoming a police state with citizens’ rights to freedom of expression threatened under the Buhari administration.

But the Senior Special Assistant to the President on Media and Publicity, Garba Shehu, said late Thursday that condemning Buhari for failing to call the police to order on the matter was a display of “ignorance of the type of person he is”.

“He enjoys cartoons and likes sharing them. The ones he enjoys the most are those that caricature him”, Mr. Shehu said in a short reaction posted on his Twitter handle. “People should listen to the real story behind this dog incident and to not waste precious time seeking the hand of the President in a laughable incident!”

“The President must be having a good laugh over this whole thing”, his spokesman added.