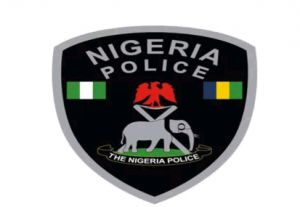 The Akwa Ibom State Police Command yesterday arrested a 30-year-old chief priest, Eno Akpan, for allegedly killing his 1-year old daughter after striking her back and head with a machete.

Eno, who is said to be the custodian of Ikot Akpan Udo village in the Ikot Abasi Local Government Area, was said to have beat his wife up during a quarrel according to Akwa-Ibom state Commissioner of Police, Mr. Murtala Mani.

Mr. Mani through the state Police Public Relations Officer, Cordelia Nwawe, said, “on July 23, at 7.30pm, the complainant, Blessing, had a misunderstanding with her husband, Eno Akpan. In the process, the husband beat her up.

“She left the house for her mother’s place, leaving her daughter behind. The husband asked her to return home to take the child along, but she refused. The husband then used a machete to inflict cuts on the back and head of their daughter. She died on the spot.”

Eno while confessing to the crime said he had a disagreement with his wife after she returned home late from the market where she sold oysters.

According to him, he used his fists on her, but by the time he picked up a machete to strike her, it cut through their daughter.

He said, “She went to sell oysters in the market. When she came back, I tried to inquire why she came back late and that it was becoming a habit for her to return home late from the market.

“Her reply incensed me and I had no other option than to beat her. The moment I picked up a machete to strike her, she threw my daughter at me and the machete landed on her head and back.”

Mr. Mani noted that investigation was ongoing concerning the matter.