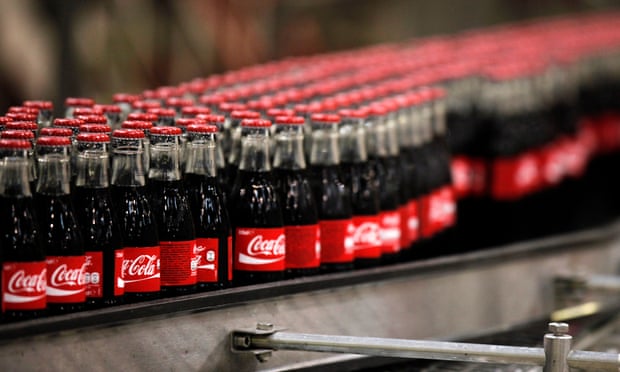 After a roughly flat first half, soft drink bottler Coca-Cola HBC forecast modest sales volume growth for the full year, with growth in Nigeria but slowing decline in Russia.

Coca-Cola HBC is the world’s second-largest Coca-Cola bottler in terms of volume, bottling in 28 countries with sales of more than 2 billion unit cases.

The company on Thursday reported improved earnings for the first half of the year, helped by cost-cutting and lower commodity costs.

Sales revenue for the six months to July 1st fell 3.4 per cent to €3.04 billion slightly below consensus estimates of €3.06 billion, according to analysts.

But excluding currency fluctuations and the impact of one less selling day, revenue rose 2.4 per cent, helped by price increases and the company selling more drinks in markets including Nigeria and Romania.

Overall volume though was up only 0.1 per cent.

Despite tough comparisons with a strong year-earlier period, the company said volumes “held up well” in July, making it confident of “volume growth for the year as a whole”.

The company said developing markets would slow in the second half of the year, due to a strong third-quarter a year ago, but that volume in emerging markets should improve as declines in Russia slow and Nigeria grows, despite the recent depreciation of the Naira.

In June, the company said its medium-term forecast called for average annual revenue growth of 4 to 5 per cent through 2020, with operating expenses dropping to 26 to 27 per cent of revenue and an EBIT (Earnings Before Interest & Tax) margin rising to 11 per cent.