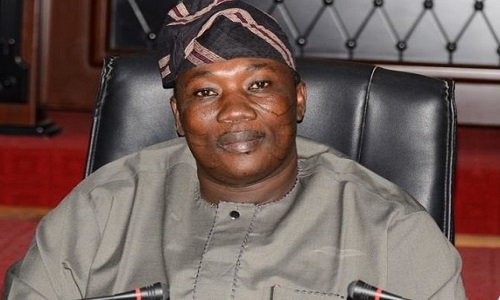 The Osun State Chairman of the All Progressive Congress (APC), Prince Gboyega Famodun, has appealed to members of the State House of Assembly to continue to endure the financial hardship they are passing through as sacrifice to the state and its people.

Famodun was reacting to complaints by the Deputy Speaker of the Assembly, Hon Akintunde Adegboye, who spoke on behalf of his colleagues concerning their financial predicament and sufferings as lawmakers in the state.

The deputy speaker had while speaking at a lecture to commemorate the 51st birthday of the Speaker, Hon. Najeem Salaam yesterday in Osogbo, the state capital, complained that the harsh economic situation in the state has subjected the lawmakers to serious suffering and almost pitched them against the Assembly staff, relations and constituents to the extent that people think that the legislators are stingy.

Mr. Adegboye further said that the lawmakers had resorted to spending meagre earnings from their private investments to settle critical financial obligations.

While congratulating Hon. Salaam on his 51st birthday in Osogbo, the APC Chairman admonished the legislators to continue to persevere and try to ensure that the suffering does not reflect on their faces.

According to him, “I heard your very genuine complaints concerning your suffering and financial predicament. I would want to appeal to you to continue to persevere as you are serving your dear state selflessly. But please, do not allow the suffering to show on your faces”.

Famodun pointed out that he has never had cause to settle dispute between the legislators and the executive arm of government in the state, begging the lawmakers to sustain the peaceful relationship with Governor Rauf Aregbesola and his team in the best interest of the party and the state.

The APC Chairman eulogised the Speaker and commended his colleagues for organising a lecture with the theme: “Individual’s Rebounding in Economic Recession – Civil Servant, Public Servant and Unemployed in Focus” delivered by a Senior Lecturer from Ladoke Akintola University, Dr Moruf Hassan to mark the birthday.