In a move that is altogether shocking and a tad embarrassing, Delta state governor, Ifeanyi Okowa has sent congratulatory messages to the former Governor of Delta state on the occasion of his birthday.

SEE ALSO: Gov. Okowa Hails Ibori For His Contributions On His 58th Birthday

Chief James Ohanefe Ibori who served as governor of Delta state between 1999-2007 is serving a 13-year sentence after pleading guilty to ten counts of money laundering and conspiracy to defraud in London.

James Ibori is thought to have stolen as much as US$250 million while he was Delta state governor! 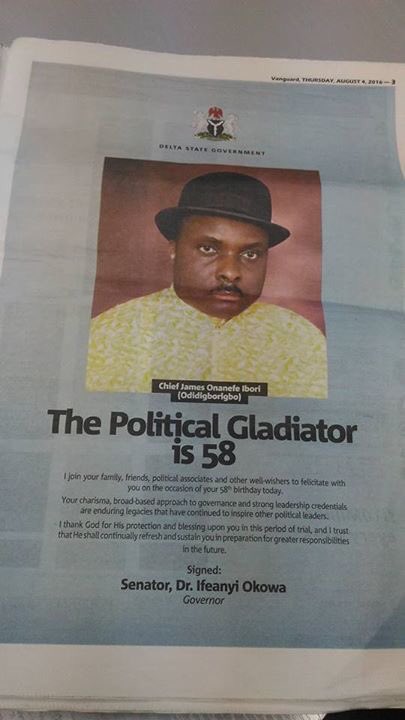