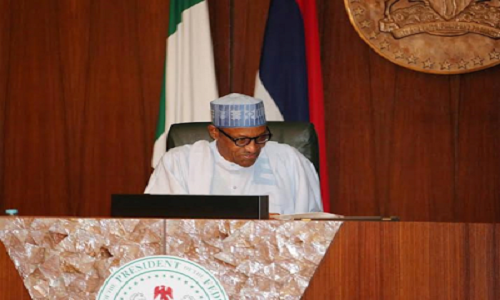 The Presidency on Sunday responded to growing discontentment among Nigerians with the President Muhammadu Buhari administration, saying critics of the president were being unfair to him.

Malam Garba Shehu, the Senior Special Assistant to the President on Media and Publicity, who made this position known in an op-ed, observed that the last few weeks had witnessed the heaviest public criticism of the Buhari administration since his popular march to power last year May.

Shehu said much of the criticisms against the president were based on unresolved social and economic problems facing the country.

According to the presidential spokesman, unfair criticism of the Buhari administration especially in view of the skyrocketing prices of foodstuff and liberalization of the currency exchange, needed to be addressed before it beclouds what he said are the commendable strides of the president in the anti-terror war, which is part of overall effort to secure the country, reducing corruption and arresting the economic slide before it sinks the nation.

He went ahead to list the achievements of Mr. Buhari to include the “victory” over Boko Haram and the ongoing war against corruption in Nigeria, which he said has earned the country international respect.

“It is a proud moment for many citizens that the country is being perceived differently now that it has a different kind of leader creating a positive buss abroad, the kind of sentiment that can lead to foreign investments when properly capitalized upon.

“Wherever they go these days, in London, Dubai, Beijing, Washington, New York or Tokyo, Nigerians get the good feeling of being asked the question, how is President Muhammadu Buhari?”

Mr. Shehu said the removal of subsidies on petrol products had saved the government more than N2 trillion annually, adding that “The currency liberalization and the deregulation of the petroleum products sale will make President Buhari one of the best presidents till date”.

Drawing similarities between the fight against Boko Haram and the war against the global terror group, ISIS, Mr. Shehu said, “How many people have given a thought to the possibility of Nigeria doing something that the combined strength of Europe and America have failed to do?

“There are many today who take for granted the declared victory over the Boko Haram terrorists, forgetting the reign of the bomber who made it almost impossible for regular attendance in Churches and Mosques in many of our cities, including the Federal Capital City, Abuja.

“Victory over Boko Haram has brought peace not only to Nigeria but to the countries in the Lake Chad region”.

On the economic front, the presidential spokesman said Buhari has been unlucky on the two separate occasions he has had to govern the country as he came at times the oil-dependent economy was passing through turbulent times.

“In addition to hard work, all leaders need luck on their side to create what is sometimes seen as economic miracles. As leader, President Buhari never had the luxury of high oil prices as did his predecessors in office.

“When he first emerged as the military Head of State, General Muhammadu Buhari saw oil price, the mainstay of the nation’s economy sank to as low eight Dollars a barrel.

“He rolled up his sleeves, worked on diversification strategy of the economy only to be eased out of power just as they began to take hold. Thereafter, his successors abandoned these efforts.

“On his second coming, this time as a democratically elected leader, the collapse of oil prices has challenged President Buhari to quicken efforts towards the diversification of the economy with emphasis given to agriculture and solid minerals mining.

“Every crisis, it is said, is an opportunity. Not so in Nigeria. This is a county that inherited massive technological inventions from Biafra, yet failed to take it forward. We must not lose this opportunity to diversify the economy and our foreign earnings presented by the present oil crisis.

“As the country hopes for a bumper harvest this year, government is taking steps to ensure that no farmer will sell at a loss or fail to find markets for their harvests. Grain silos are being readied nationwide to receive excess produce for warehousing to ensure food security, avert market glut and price collapse. By this, government will ensure a minimum guaranteed price”.