Burnaboy’s alleged babymama Uju Stella has been reportedly spotted at a mall in Lekki with no baby bump in sight. 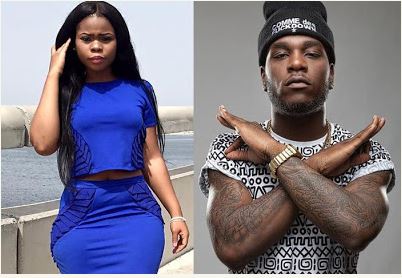 Uju Stella shocked Nigerians back in May, June this year when she announced out of the blues that she’s pregnant for music artiste Burna Boy.

According to her, they were in a relationship. Stella claims that after she told Burna she was with his child, he wanted nothing to do with her. So, she took to Instagram to call him out.

When Burnaboy slammed bloggers for giving her attention, saying he had sex with her just once and
she was never pregnant, Stella showed off her growing baby bump and posted her pregnancy test result to prove her claim was true and even blasted Burna’s mother for criticizing her. Well, there’s an update to Uju Stella &amp; Burna’s scandal – one of Burna’s fans says she spotted Uju at a mall in Lekki and there was no baby bump in sight. The young lady wrote on Burnaboy’s IG page: