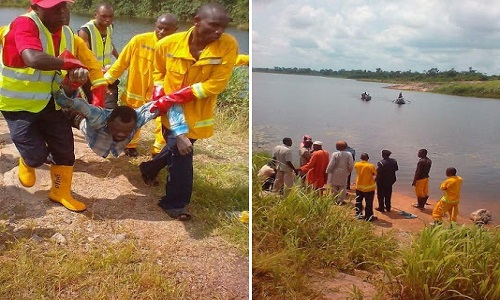 The Ekiti State Government has said that the four persons who drowned during the week at Egbe Dam in Gbonyin Local Government Area of the state, were not World Bank officials.‎

Some reports had said the victims were World Bank officials while others said they were officials of the Kaduna State Government on assignment at the dam.

But a statement on Friday by Mr. Idowu Adelusi, the Chief Press Secretary to Governor Ayo Fayose, said though the Third Urban Water Sector Reform Project was sponsored by the World Bank, the contract for the bathymetry surveying of the dam was awarded to Enviplan Nigeria Limited, whose staff were involved in the unfortunate incident.

The statement said the company was to work on Ureje, Egbe, Itapaji and Ero dams.

“The sad incident happened because some safety measures were not adhered to by the deceased who refused to wear life jackets and those who survived wore life jackets provided by the company. The victims are staff of Enviplan Nigeria Limited which is a consulting firm to
the World Bank.

“The victims are Alaran Tirimisiyu, Abdulwaheed Alayande, David Malu and Albert, while the survivors are Charles Ehinlaye, Bukky Ajet and Yahaya. It should be noted that no World Bank official or Ekiti State Water Corporation staff was involved.

“The Third Urban Water Project commiserate with the families of the departed and pray that God grants them the fortitude to bear the irreparable loss”, the statement read in part.