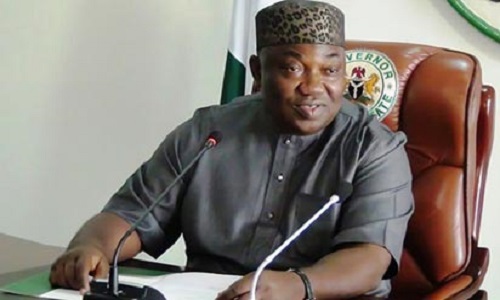 Governor Ifeanyi Ugwuanyi of Enugu State has said that all former civilian governors and deputy governors of old Anambra State of Enugu extraction would be paid pension by the state government.

Speaking on Saturday during the celebration of the 25th anniversary of the creation the state in Enugu, Mr. Ugwuanyi said the gesture was in appreciation of their services to their people.

He disclosed that efforts were on to amend the pension laws of the state to give the move the desired legality.

He said the state was appreciative of the roles of its founding fathers, who laboured to ensure the creation of the state on Aug. 27, 1991.

“The journey to the creation of the state invariably started with the discovery of coal and subsequent development of urban settlement of Enugu in 1909.

“We pay tribute to our founding fathers and former leaders whose agitations heralded a pleasant and more desired end to the long period of agitation”, he said.

Mr. Ugwuanyi said that the Coal-city state had remained exceptionally favoured, and had continued to play a key role in the socio-political and economic life of Nigeria.

He said his administration had committed the state into the hands of God and would continue to record success in all endeavours in spite of obvious challenges.

“We vowed, in accordance with the ideals of the founding fathers of the state, to create fair and equal opportunities for every willing citizen to make a living in a peaceful and secure environment.

“We made this promise even in the face of severe economic downturn that has prevailed in the country since our assumption of office.

“However, we have forged ahead and doing our best to address the needs of our people within our limited resources”, he said.

The governor commended the Federal Government for the roles it had continued to play for the economic advancement of the state.

Earlier in a sermon, the Bishop of Nsukka Catholic Diocese, Most Rev. Geoffrey Onah, said the state was destined for greatness in spite of the seeming challenges.

Mr. Onah called on persons in political positions to work in accordance with their oaths of office, with a view to making life meaningful for the masses. (NAN)