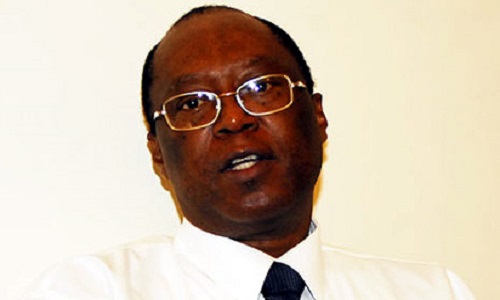 A former Governor of Edo State, Professor Oserheimen Osunbor, has said some people were using the National Human Rights Commission (NHRC) to tarnish his image, in response to his inclusion in the “poll offenders’ list” unveiled by the commission yesterday.

The NHRC released a report Thursday under its “Electoral Accountability Project/End Electoral Impunity Project” in which it indicted Mr. Osunbor, a Professor of Law and 65 others, including organisations and security personnel as having committed electoral crimes in 2007 and 2011 general elections.

Osunbor, who won the Edo governorship election in 2007 before he was sacked from office and Adams Oshiomhole declared the rightful winner of that election, challenged the NHRC to state which electoral violence he committed.

He said the commission replied that it based its decision on the tribunal ruling that sacked him as governor.

Osunbor is named in the case of Comrade Adams Aliyu Oshiomhole & Action Congress (AC) vs. INEC & 18 others in petition: EDGV/EPT/1/2007 in relation to the Edo State governorship election. He was said to have been indicted in relation to the alleged criminal and administrative offences committed by security and INEC officials during the election.

Part of the tribunal’s findings quoted in the report states: “Seventh, there is the recurrent issue of those mentioned, who were wither employees of INEC or members of the 3rd and 4th respondents (Osunbor and PDP). There were no serious efforts to clear their names. It needs to be re-emphasised that those named are said to be members of the 4th respondent, who sponsored the 3rd respondent.

But Prof. Osunbor said he has sued the commission for asking him to be prosecuted for alleged electoral offences.

“If you read the judgment, my name was not mentioned that I committed any offence. There were people specifically mentioned in the judgment.

“Somebody is using them against me and I know the person. I have challenged them to tell me the offence I committed. They said they are depending on the court judgment.

“Was I the only person removed by the tribunal? They should tell the world what offence I committed”, he insisted.