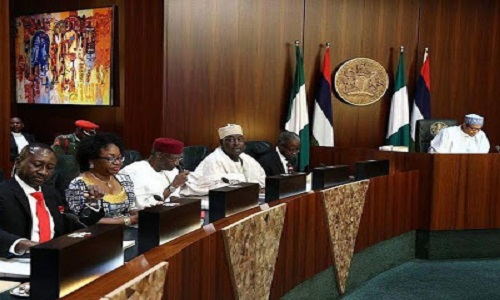 The Minister of Finance, Kemi Adeosun, has announced the Federal Government’s decision to embark on a three-year external borrowing plan.

The decision was taken at the Federal Executive Council (FEC) on Wednesday presided over by President Muhammadu Buhari.

Speaking with State House correspondents after the FEC meeting, the minister said that the borrowing plan would run from 2016 to 2019.

However, she said the plan would first be transmitted to the National Assembly for approval.

According to Mrs. Adeosun, the borrowing plan will benefit the power, solid minerals and agriculture sectors.

She said $150 million would go into power sector alone, adding that agriculture would be the greatest beneficiary.