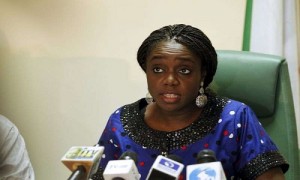 A new tax policy is being considered by the Federal Government in a bid to capture tax evaders.

The Minister of Finance, Kemi Adeosun, disclosed this in Abuja on Friday.

According to her, the government plans to announce a comprehensive framework to regulate duty waivers and exemptions in the country.

Adeosun said government was currently consulting with interest groups to determine the impact the proposed tax policy review would have on private sector and overall tax collection.

She said, “We have lots of people who are not paying tax in this country. But, we have to be careful. If we do a revenue drive and people are put out of work, something is wrong. There must be a framework to govern how tax revenues are collected.”

Adeosun also said the government was equally considering a holistic framework for duty waivers and exemptions, in view of abuses in the system.

“There are lots of abuses. An inter-ministerial committee is finalising work on that. The two main areas government intends to announce holistic policies in the next two to five days on tax and duty waivers and exemptions,” she said.

Also adding, “Tax are legislative issues. There must be a law in place for government to collect tax. The proposed taxes announced on private jets and property were more of a statement than policy, as it has no legal backing.

“The Joint Tax is working on harmonising overlapping taxes by federal, state and local governments to promote the ease of doing business. Government is also looking at the best agency to collect taxes, rather than many agencies handling the same responsibility.”

She also said a committee, headed by the Chairman of the Federal Inland Revenue Service (FIRS), Babatunde Fowler, had been inaugurated to overhaul revenue sources and rates of tax paid.

The Director in charge of Revenue and Investment, in the Office of the Accountant General of the Federation, Mohammed Dikwa, said a recent Revenue retreat to review revenue generation strategies recommended a review of the existing laws on rates and tariffs.

He said the retreat resolved to re-strategise and come up with new ways to boost revenue to realise the 1.5 trillion target set by government.

“About 500 billion revenue was lost in the last six months. We resolved to review existing customs tariffs and rates charged on services; create a single window for tracking of all goods coming in and going out of Nigeria; stop wastages at federal and states agencies by enforcing fiscal responsibility plan to make revenue receipts and payments public,” Mr. Dikwa said.

On the civil service reforms, the minister said a committee in the office of the Secretary of the Government of the Federation was working on the implementation of recommendations of the Steve Oronsaye Presidential committee on Rationalisation and Restructuring of the civil service.

On when the country would likely come out of the current economic recession, the minister said although she would not make promises, she was convinced if the fundamental issue of fight against corruption was sustained, and monies recovered re-channelled to projects to grow the economy, the country would recover.

“If we look at our recurrent expenditure and cut wastage and excesses and duplication in salary bills of about 165 billion every month; clean the payroll every month, and not allow new ghost workers to be added and redirect the money to where it is needed, we will recover,” she said.

“We inherited 65 billion to suppliers for fertilizer bought in 2014 and not paid for, and in 2015 most farmers planted without fertilizer. And the yield was low. This year we asked for the construction of more silos in expectation of a bumper harvest, because farmers planted with fertilizers this year,” she said.