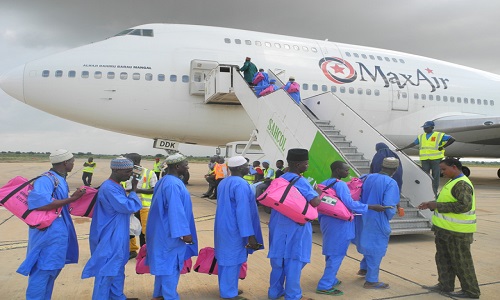 The National Hajj Commission of Nigeria (NAHCON) on Sunday explained that the Federal Government has not given foreign exchange waiver to Muslims performing the Hajj this year.

The commission’s Head of Media, Uba Mana, said this in a statement in Abuja on Sunday.

“The National Hajj Commission of Nigeria wishes to draw the attention of the public that the Federal Government has not given foreign exchange waiver to Nigerian pilgrims performing this year’s hajj”, Mr. Mana said.

“If there is one thing that the Government did for the Nigerian pilgrims, it was to allow the exchange rate prevalent at the time of payment of Hajj fare in February when the current flexible exchange rate was not in action to subsist.

“It is therefore wrong and mischievous for some persons or media organisations to peddle unfounded claims that the Federal Government gave the Nigerian pilgrims a waiver”, he said in the statement.

The News Agency of Nigeria (NAN) recalls that the Presidency had earlier clarified the concessions of foreign exchange rate of N191 to one dollar for the 2016 intending pilgrims to Hajj and Jerusalem.

The Senior Special Assistant to the President, Media and Publicity Garba Shehu said the policy was non-discriminatory.
He said that it had been approved before the current foreign exchange regime came into effect.

He also said that that the Central Bank of Nigeria had confirmed the approval, wondering why the apex bank had not notified the public before earlier. (NAN)