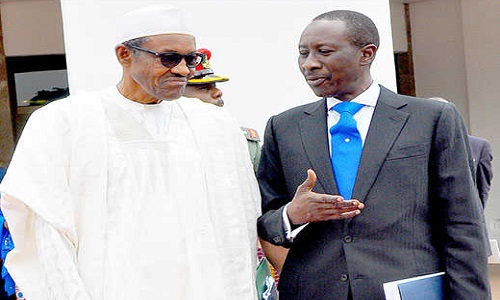 The Federal Government has announced the discovery of a firm that has been supplying militants the explosives with which they have been bombing oil installations in the Niger Delta.

National Security Adviser (NSA) Maj-Gen. Muhammed Babagana Monguno who made this revelation yesterday said, investigations showed that the Nigerian Development and Construction Company (NDCC) based in Koko, Delta State have been diverting explosives for illegal use.

He added that the company had diverted 9,000 Kg of nitro-glycerine explosives and 16,420 pieces of detonators to the militants for their heinous activities.

“Right now investigations have been conducted and I can assure you they are deeply culpable and appropriate actions will be taken.

“Let me once again reiterate that any individual or company that operates outside the confines of legitimacy and legality will find himself or itself to blame.

“I also want to add that the government of the day will not listen to any influence peddler in the society on behalf of any company that decides to sabotage national security,” Gen Monguno said.

The NSA added that the construction firm, has been sealed off, its explosive’s licence withdrawn and the company has also been blacklisted.

Six people – a store officer and five security operatives – have been arrested and are being interrogated.