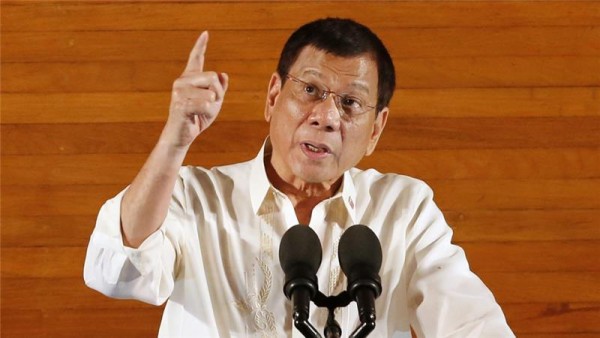 The controversial President of Philippines, President Rodrigo Duterte can’t seem to stay out of the news!
Nicknamed ‘The Punisher’, the tough-talking Duerte who was once a mayor swept the Presidential elections in May on promises of clamping down on crime.

In a Sunday morning broadcast, he accused several government officials as well as court judges of having links to the drug trade. He named 158 officials, all of whom he has said will have their day in court.

On stamping out the illegal drug trade, Duerte has said he is ‘waging a war’. His controversial order to policemen to ‘Shoot-to-kill’ suspected drug dealers will be continued as one of the tools in the war he’s waging.

Many critics have warned that Duerte’s approach is dictatorial and has no consideration for Human rights. The President himself makes no bones about it as he said on Sunday; “I don’t care about human rights’