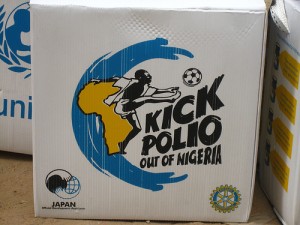 The Federal Government alongside World Health Organisation (WHO), United Nations Children’s Emergency Fund (UNICEF) and partners of the Global Polio Eradication Initiative (GPEI) have targeted about one million children in Borno State and a further four million in neighbouring states for immunisation against the Wild Polio Virus.

According to reports, the campaign will start in accessible parts of Borno State with military helicopters already transporting the polio vaccines to the area.

“This is an area which is not easily accessible and this is probably why the virus has been able to circulate without being detected and it’s causing these cases,” said Director of Polio Eradication of the World Health Organization, Michel Zaffran.

Before Nigeria can be certified polio free, it must go three years without a new case.

Boko Haram militants in the state have routinely denounced vaccination campaigns and prevented health workers from operating in the area.