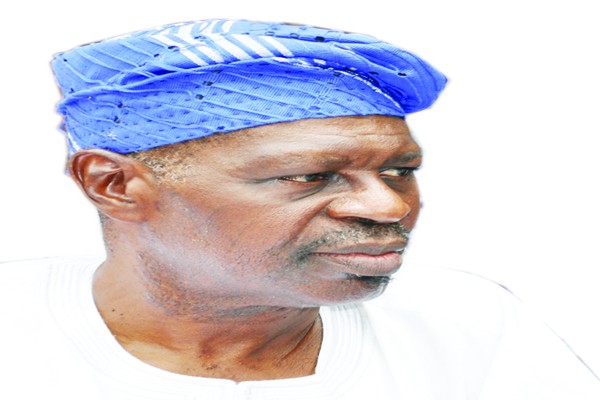 A former Deputy National Chairman of the Peoples Democratic Party, PDP, Chief Yekini Adeojo, has resigned his membership of the party.

Adeojo, who was until now a founding father of the PDP in Oyo State, resigned from the PDP over the intractable crisis currently rocking the opposition party.

The PDP chieftain, who made the disclosure at the weekend in Ibadan, said he was “fed up with politics”.

The former deputy national chair, who made several attempts at reconciling the factionalized PDP both within and outside Oyo State, also said the leadership crisis in the party informed his decision to stay away from the August 17 botched National Convention of the PDP, which held in Port Harcourt, Rivers State.

He said: “That is why you didn’t see me at the Port Harcourt convention. I have since discovered that it is not worth it after all. I want to face my private life and my business. That is it; it just doesn’t worth it”.

Adeojo, who is the Seriki Musulumi of Yorubaland, admitted that he intentionally didn’t want to make any statement when he was appointed by Governors Olusegun Mimiko and Ayodele Fayose of Ondo and Ekiti States respectively, to chair a committee to select a candidate from Lagos and Ogun states at the Akure PDP meeting co-chaired by the two governors.

“Yes, I was aware of that meeting. Even the meeting in Ibadan, did you see me there? I felt it is time to quit. Let me face my business and private life. I think that is the best thing to do”, he added.