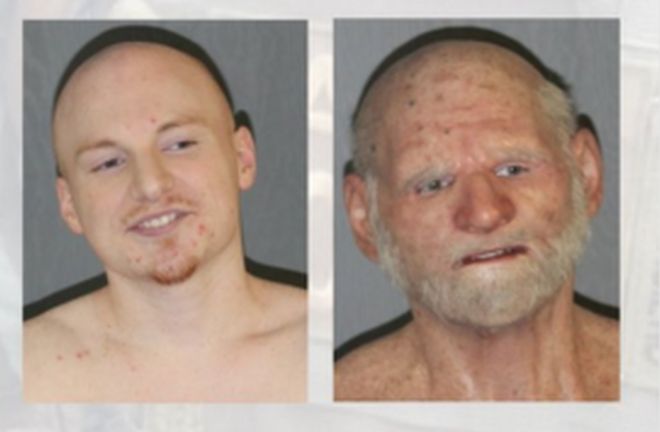 A fugitive who disguised himself as an elderly man has been arrested by police in the US.

31-year-old Shaun “Shizz” Miller was said to have walked outside in disguise after police officers  ordered him out a house they surrounded in South Yarmouth, Massachusetts.

The officers realised the “elderly man” was actually Miller, they arrested him.

Miller had been on the run since April after being charged with heroin trafficking offences.

Two loaded weapons hidden in a laundry basket, and nearly $30,000 in cash were found in the house when searched.

The Bureau of Alcohol, Tobacco and Firearms tweeted that the charges against Mr Miller were part of a larger complaint into a street gang, and that twelve other people had also been charged.