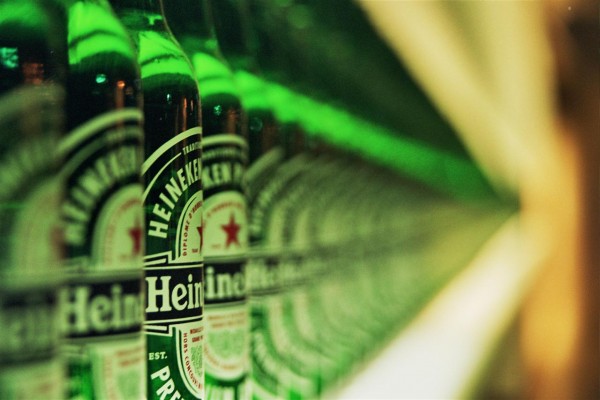 Heineken has said that consumers are “still drinking beer” in Nigeria but warned that many are trading down to other brands due to the economic situation of the country, as the country recovers from a major currency devaluation.

Nigeria is said to account for about half of Heineken’s sales in Africa and the Middle East, but Heineken says a move to value brands is increasingly putting pressure on its margins.

It says, however, its overall beer volumes in the country increased in the first-half of the year.

Heineken CFO Laurence Debroux said yesterday, “As for consumers in Nigeria, the good news is that they keep drinking beer.”

He also added, “After the first half of 2015 where we were a bit worried about the volumes, now this is back, but [consumers are] definitely trading down to more value and lower mainstream brands, which are actually flying in volumes.”

Nigeria has been hit by an economic downturn fuelled by a drop in oil prices.

Last month, the government introduced a flexible exchange rate that resulted in a 40% devaluation of the Naira.

Heineken said this week it has taken an EUR24m hit from the devaluation, however, it is now finding it easier to convert Nigeria’s Naira into Euros and US dollars.

Heineken CEO Jean-Francois van Boxmeer, while commenting on the situation in Nigeria, said the brewer will “need to do some pricing over there because otherwise, you might risk your business going really down“.

Van Boxmeer was speaking yesterday after the release of the first-half results, in which Heineken shrugged off a subdued second-quarter to post first-half sales and volumes growth.