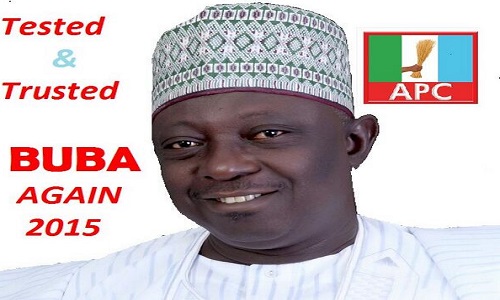 Deputy Leader of the House of Representatives, Hon. Umar Buba Jubril, has said that the Executive cannot be exempted from the budget padding scandal currently rocking the House.

Jubril, who is representing Lokoja/Kogi federal constituency on the platform of the All Progressives Congress, APC, was speaking against the backdrop of the allegations of padding of the 2016 budget by Speaker of the House, Yakubu Dogara, and some principal officers by a former Appropriation Committee chairman, Abdulmumin Jibrin.

The anti-graft agencies and police, who have acknowledged receipt of petitions against the Speaker and other principal officers of the House from Jibrin, are set to investigate allegations that some “insertions” were made in the 2016 budget for the purpose of corrupt enrichment.

But Jubril, in an interview with Daily Trust yesterday in Abuja, argued that since the budget was passed by the National Assembly and assented to by President Muhammadu Buhari, investigations must start from the executive.

But the Presidency yesterday described the allegation by the lawmaker as hollow, saying it was not worth reacting to.

The Special Adviser to the President on Media and Publicity, Mr Femi Adesina, said this in a telephone chat last night when asked to respond to the call for the probe of the Executive by Mr. Jubrin.