“I Am Not Afraid Of Death, But My Children Are Too Young” – Sam Ofor, Before Falling To Cancer

His head was bald, as his hair had fallen to radiation treatment. His palms and feet were as dark as charcoal, and his yellow eyeballs protruded from his eye sockets.

In his final days, Sam walked at a slow pace; occasionally coughing, as he tried to engage anyone in a conversation.  He was still easy-going and minding his business: a charming husband and father brutalized by lung cancer. 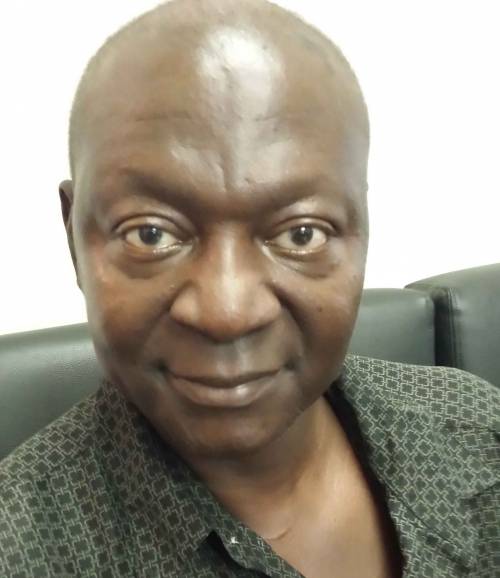 Inside his spacious home, his six children, including four-year-old quadruplets, disturbed his moments; each of them seeking their father’s affection and singular attention. They loved their ill dad, but Sam was too weak for their young and exuberant synergy. He would sit solemnly, quietly appreciating his gifts and hoping prayers would heal what doctors had concluded was cancer that had spread to his lungs.

“Jebose, I just wished to beat this illness, live longer and raise my beautiful children. I don’t know how much time I have left, but I have rededicated the remainder of my days on earth to my wife and children. I am hopeful every day that the new medicine would keep me alive for a longer time.”

It was in early winter of 2012, the beginning of holiday season, that Samuel Ofor was diagnosed with colon cancer at the Duke Medical Center in Durham, North Carolina.  He had surgery to remove the cancerous colon.

In the spring of last year, when he went to the hospital for a follow-up check, a Computerized Axial Tomography, (CatScan), revealed that cancer had spread to his lungs. Doctors told him recently there was no cure; their only hope was to shrink the cancerous tumors which had spread to his lungs. The shrinking would reduce and contain the growth of the tumor and perhaps, prolong his life.

Samuel remembers the first signs of his illness thus: “I pulled into a gas station after feeling an excruciating pain that afternoon in 2012. I just had my lunch. After lunch, I felt something had loosened in my stomach. The pain was severe, so I pulled over and called 911 Emergency. After placing the call, I collapsed in my car before the police and the Ambulance got to me. I woke up inside the Emergency Room ER, of the hospital. I was diagnosed with colon cancer and [was] immediately transferred to surgery since my intestines [had burst] inside my stomach. After surgery, I began an aggressive chemotherapy treatment to kill the remaining cancer cells.  Two years after, November 2014, during my regular check, doctors discovered that cancer had returned to my lungs.  I never thought about having lung cancer. I had always believed that lung cancer was a smoker’s disease. I am not a smoker or tobacco user.  But today, I am terminally ill with the deadly disease.”

According to WebMD: “The lungs are two large organs made of spongy tissues, which lie above the diaphragm and under the rib cage. When you breathe in, your lungs absorb oxygen and deliver it to the bloodstream where it’s pumped throughout the body. When you exhale, the lungs remove carbon dioxide, a waste gas, from the bloodstream. Lung cancer interferes with this vital process and can make breathing more difficult…”

“Jebose, I am not afraid of dying, but my children are still young. I don’t want them to grow without a father in their lives. I have accepted the fact that it is a terminal disease.  I am doing my best to fight cancer, but I have to be realistic with you and my family.  I know it’s a terminal disease. Some patients live with terminal diseases for many years… There had been cases where some suffer from heart diseases for fifty years and lived with them. I understand that lung cancer cannot be cured but I can live with it until God calls me Home.”

“Jebose, the doctors are trying to shrink the tumors so that I could manage the shrink with medication the rest of my life. I need prayers.  I don’t need medication in these remaining times of my life. I want to be cured but I understand that this is also a deadly disease.”

Four years ago, Sam Ofor and his wife had quadruplets in their third attempt.  They had had two sons and the wife wanted a third trial with the hope of having a baby girl.

“My wife wanted a girl badly. I don’t blame her. She had the two boys and me. So having three men in the house wasn’t a fair deal. I also prayed to God to grant her a girl.  God blessed us abundantly with quadruplets, three boys, and one girl.  The days may be counting down faster than I expected. I am not afraid of dying. I am only disturbed that I may not live long to walk my only daughter down the aisle and see my sons grow to become great men. I want them to always remember me as a good father, a loving husband that wanted the best for them.”

Every two weeks, Sam is administered chemo treatment three times in one day.

The side effects of chemo weaken his immune system. Sam has reduced significantly his work schedule, and that has impacted his income and quality of life. His family struggles every day to survive, he said.

“My brother, how do you tell these young children that you can’t provide them with basic things of life such as clothing and food. It’s a struggle. I am weaker each day because of the illness and the chemo treatment.  I don’t get any assistance from the government. But we are surviving at a slower pace these times. Its painful reality and reminder never to take your life for granted. I am at peace with my soul. I only worry about my children when I am not able to function or when the Lord says it is time to return home. I guess I will be watching them from the twilight of the stars and the milky ways of sunrise.”

Samuel Ofor migrated to the United States on December 31st, 1984. He received a college admission to study accounting at Shaw University in Raleigh, North Carolina.

“I left Nigeria in search of the best education in 1984. I attended Shaw University and graduated in 1989. After my college years, I began to work, and settled into mainstream lifestyles of America.  I traveled to Nigeria in 2006 and was introduced to this amazing woman whom I would marry later. We have been blessed with six children.”

Early in the morning of July 8, Samuel Ofor invited this writer to his hospital room at Duke Raleigh Hospital: “Jebose, I have been here since Tuesday. It’s getting nowhere. Doctors said I would be moved to a Hospice by 10.45 a.m. its 7.20. Please, can you come and see me?”

This writer arrived at the hospital a few hours later. Ofor sat on the edge of his bed, slowly eating a warm breakfast as he discussed with his doctor.  The doctor reassured him of his continued care at the Wake Hospice.

By 11 a.m, first responders arrived at his room, and he was rolled out of his bed into the Ambulance. We arrived at the Wake Hospice, a quiet, neat, calm and comfortable suburb for the dying. Ofor complained he was still having serious pains with his breath.

The staff quickly settled him into a comfortable bed. The doctor assured him that he would be given pain medication within minutes to help relieve pain in his lungs. Noon rays were warming the blue sky of North Carolina when I left Ofor in the care of the hospice staff. “I go come back by 5 p.m.,” I said to him as I waved goodbye and made my exit.

About three hours after I left, at 3 p.m, the painful cries of Chizoba on my phone told of the exit of Ofor.  She had been informed of the death of her husband, and she was on her way to the Hospice. I told her I would join her because I was closer to the Hospice location at that very time.

Ofor had died about four hours after arriving at the Hospice home. He lay on his bed, holding onto his rosary given to him earlier at the hospital by Mrs. Mary Ngwadom when she visited that morning, his hands on his stomach, resting peacefully. He was at peace, even in his sleep.  The early stress wrinkles on his face had disappeared. The streaks of the room light bouncing off his shiny dark skin, he looked asleep, and ten years younger.  His phone, placed on the table by his feet, rang two times. I answered and told the caller the owner of the phone was dead.  I switched off the phone as Chizoba wailed, passionately and painfully.

Next week, the Nigerian community will gather, in Raleigh, to appreciate his life and times with them.