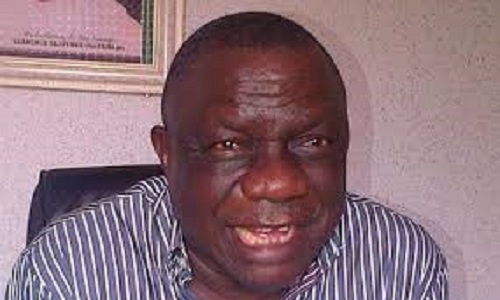 According to the commission, Mr. Olafemi’s name featured in the report in relation with the case of Alara Aberoran & another vs. Hon Clarence Olafemi & 17 others (petition No: NALGH/KG/15/2007) over heard by the National Assembly/governorship and legislative houses election petition tribunal, Lokoja.

The tribunal, in its findings, was said to have indicted Olafemi for criminal offence. Part of the tribunal’s finding, quoted in the report, states: “the petitioners have proved beyond reasonable doubt that the 1st respondent (Hon. Clarence Olafemi, leading his agents and thugs did commit acts of corrupt practices and non-compliance with the Electoral Act by disrupting the conduct of election, harassing and intimidating eligible voters, who were sent away from polling units without voting”.

But the former acting governor in a statement Thursday night, insisted that he did not commit any electoral offence and listed his victory in 2003, when he first contested and won election into the Kogi State House of Assembly.

According to him, “… I won seven wards out of the 10 wards in Mopa Muro State constituency. There was no petition from any opponent. It was a clear manifestation of my popularity as I contested on the platform of a party I joined less than three months to the election – the Alliance for Democracy (AD)”.

He continued: “In 2007, I re-contested the same position and won eight out of 10 wards in a repeat of my 2003 victory with improvement of one ward over the 2003 score.

“I became the speaker and it was expected as different forces against my political growth persuaded one of my opponents to go to the State Electoral Petition Tribunal to allege that I commanded thugs to snatch ballot boxes in some polling units and stuffed ballot boxes with thumb printed ballot papers, which the tribunal upheld and called for a rerun.

“This decision was not only shocking but ran contrary to the rule of natural justice as there was no single evidence to prove beyond reasonable doubt as required by law”.