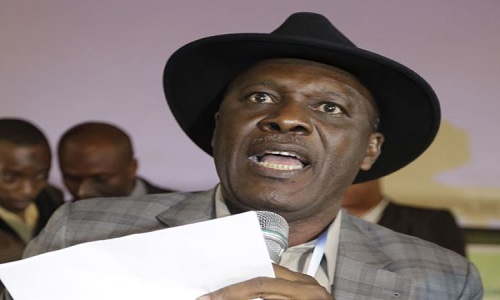 Orubebe, who is currently standing trial before the Code of Conduct Tribunal (CCT) in Abuja on charges of false assets declaration and collection of bribe on awarded contract to the tune of N70million, was reacting to reports that the Independent Corrupt Practices and other Related Offences Commission (ICPC) has brought charges against him in relation to the road project.

The ICPC, in a five-count charge filed before the High Court of the Federal Capital Territory (FCT), accused the ex-minister, Oludare Lawrence Alaba, Ephraim Towelde Zaki and Gitto Construction Limited of  allegedly diverting close to N2 billion naira meant for the dualisation of Section IV of the East-West Road.

The embattled Peoples Democratic Party, PDP, chieftain, who said he was yet to be served with the charge, said payment for the project was made by his predecessor, Ufot Ekaete, who incidentally is from Eket, where the project was to be executed.

He also said he was quizzed on the issue last year by the ICPC and that when he clarified the issues to the agency, he was told to go as there was no case against him.

Speaking to reporters in Abuja, Mr. Orubebe said “Chief Ekaete was the Minister for Niger-Delta Affairs when the East-West Road dualisation project started.

“The road was initially meant to pass through the community somewhere around Eket, but Ekaete expressed his preference for the by-pass to pass behind the community to aid development and expansion of the community.

“The N1.9billion, which they said Orubebe diverted, was paid under Ekaete as the Minister of Niger-Delta. I did not make any payment. Ekaete paid the money to the construction company. I did not know when they paid the money.

“While some people agreed with the suggestion by Ekaete that the road should pass behind the community, others disagreed. I met the problem when I became the Minister of Niger-Delta.

“I wrote the then governor, Godswill Akpabio and we held meetings with the members of the community who disagreed on whether or not the by-pass should pass behind the Eket community or inside it.

“I only read the story about the charge in the newspapers. They have not served me. I am still waiting to be served”.