Mrs Winifred Oyo-Ita, the Head of the Civil Service of the Federation, said she inherited N293 billion outstanding workers’ claims on assumption of office in October, 2015.

She spoke on Monday in Abuja at a media briefing as part of activities to mark this year’s Civil Service Week.

The HOS said that the Federal Government was, however, doing everything possible to ensure that the allowances were paid to the beneficiaries.

“The issue was presented to the President and he expressed deep concern and immediately directed the Finance Minister to address the situation. 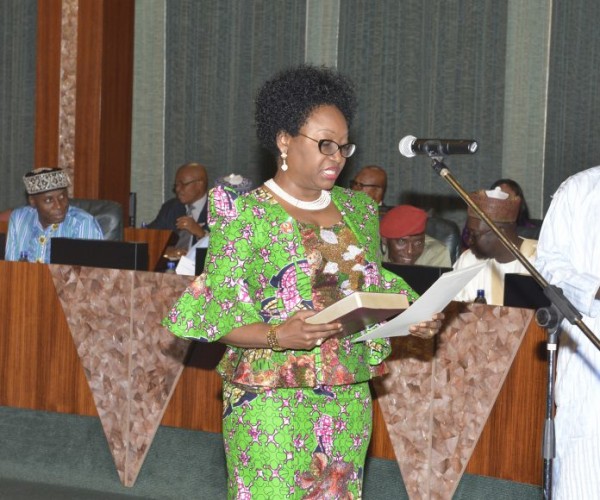 “The payment would have been made but for the resource constraints of government. Efforts are at advanced stage to prioritise the payment process,’’ Oyo-Ita said.

She stated that her office was working with the office of the Accountant General of the Federation (AGF), on a phased payment formula which would be concluded in due course.

The HOS further said that the Federal Government was not unaware of the challenges of civil servants, adding that it was making efforts to address them from different fronts.

“It is our hope that with the improvement in the economy, consideration would be made to ensure that civil servants are paid desirable wages in line with the prevailing economic situation.

“We are exploring the possibility of implementing a programme that will provide bulk payment of rent allowance to civil servants within a fiscal year,’’ she said.

Oyo-Ita also said that efforts were being made to clean up the Integrated Payroll and Personnel Information System, as many suspicious names have been identified in the system.

The HOS said that some workers were currently being investigated by the EFCC for involving in unwholesome recruitment process in the service.

She, however, assured civil servants that the Federal Government has no plans for retrenchment, but would rather ensure an improved civil service.

The HOS said she would enthrone an efficient, independent and citizen-centred civil service that the public could hold accountable for the workings of government.

Oyo-Ita added that measures were being put in place to ensure that civil servants, at the point of entry went through induction course as it was done in the military and some other organisations.

President Muhammadu Buhari is expected to recognise some civil servants as part of activities to mark the week.

The theme of Civil Service Week is “The Nigerian Public Service: Towards Overcoming Economic Challenges.”