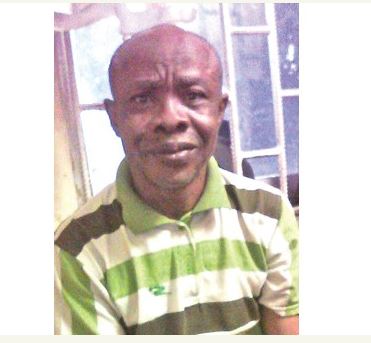 A 58 year old man has disclosed why he attempted to jump into the lagoon from the Third Mainland Bridge at Oworoshoki area of Lagos State. The man, who introduced himself as Mr. Joseph Onweji, said he had been ill for over 36 years.

He said the illness used to make him uncomfortable, restless and sleepless. Sick and tired of being uncomfortable, with no solution in sight, he decided to end it all. He was about to take the plunge into the lagoon when officials of the Rapid Response Squad (RRS ), grabbed him.

Onweji, who attempted to take his life on July 24, spoke with New Telegraph in his home, at Iju – Ishaga , Lagos, on Monday. He said he had been sick for long.

According to him, he became afflicted with the mysterious illness after he visited the site, where he was building his house. He said: “I have been sick for a long time. This illness started when I was just 22 years old. I was building a two – bedroom flat at Ibadan.

On one occasion, when I visited my site, I noticed that unknown people abandoned plywood in front of my doorstep. Later that day, when I was taking my bath, I felt a burning sensation on my body.

I felt really hot. I couldn’t sleep for days. Since that day, I have been feeling restless. I can’t even sleep. ” Onweji added that he spent two months at a Psychiatric Hospital, Yaba, where he received all sorts of treatments.

He said that the doctors were unable to cure him of the illness. When asked why he picked that particular day to kill himself, Onweji said: “On that Sunday, about noon, I went to the Third Mainland Bridge. I was about to jump when RRS men saved me.

They took me to Alausa, Ikeja. They asked me why I wanted to commit suicide; I told them I was sick.” Asked why he hadn’t killed himself years ago, he said: “For anyone to kill himself is not an easy task. If it is easy, I would have done long ago. ” Onweji said his wife and children had been taking good care of him.