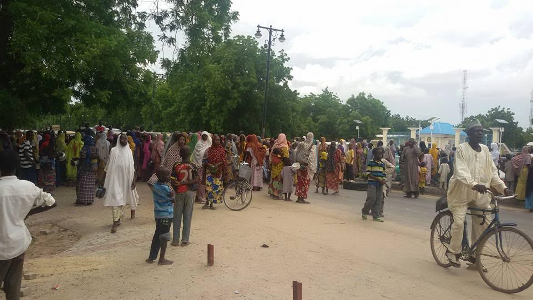 Internally Displaced Persons (IDPs) at the Gidan Taki camp Thursday protested while demanding the immediate removal of the camp chairman over allegations of diversion of foodstuff meant for their upkeep.

They also protested the lack of potable water and medical supplies in their camp.

It was learnt that the IDPs from the camp took to the streets of Maiduguri in their numbers and barricaded the Maiduguri-Gamboru Ngala road hindering movement of vehicles for over an hour.

They demanded for the sack of Mohammed Sema, the camp chairman over allegations of diverting supplies until security personnel at the camp intervened.