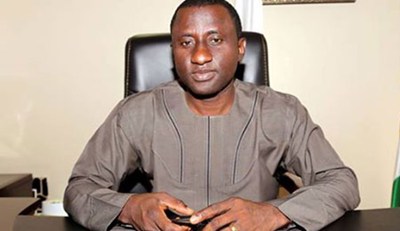 Chieftain of the Peoples Democratic Party, PDP, and claimant to the governorship seat of Abia State, Dr. Uche Ogah, has dismissed as erroneous, the insinuation in some quarters that he is standing trial for alleged corruption.

Rather, Ogah said he was the person who first approached the courts to protect the business interest of his company, Masters Energy Oil and Gas.

A statement issued by his media aide, Mr. Kingsley Ibeawuchi, explained that the dispute in a business between Ogah’s firm and another firm, Mut-Hass Petroleum, dated back to 2011, when the latter allegedly approached masters Energy Oil and Gas for an oil business collaboration, which he said was sealed and entered into after a memorandum of understanding, MoU, was signed by the two parties.

Specifically, Ibeawuchi, explained that the business was an offer by Mut-Hass Petroleum to Masters Energy “to sell, transfer and assign her company’s interest on the 10,000 Mt of Premium Motor Spirit (PMS) allocation for the period of second quarter for the year, 2011, as a result of lack of funds and expertise to carry out the transactions”.

The spokesman noted that the offer was considered based on a plea by the owners of the company and a MoU that was entered into by the two firms.

“The MoU was dully signed conscientiously, on the 6th of May, 2011 between the two firms and in her haste to get the business started, the owner of the other firm allegedly offered to prepare a handwritten invoice in respect of the 10,000 MT of PMS, which she said was to ensure the entire transaction commences.

“In the Memorandum of Understanding signed by both companies, it was clearly stated that all rights, interest, privileges, obligations and the permit to import 10,000 Metric Tons (MT) of Premium Motor Spirit (PMS) under the Petroleum Support Fund (PSF) Scheme for the second quarter of the year 2011 be transferred to Masters Energy Oil and Gas Ltd, and by virtue of the Memorandum of Understanding, based on those clearly spelt out terms of the agreement, Masters Energy Oil and Gas Limited paid the total sum of =N=26, 820, 000.00 Only (Twenty Six Million, Eight Hundred and Twenty Thousand Naira) as full and final Consideration to Mut-Hass Petroleum Nig. Ltd”, he explained.

He went further to give the bank and the numbers of three cheques issued by Ogah’s firm covering payment for business deal, allegedly issued to the firm.

Instead, Mut-Hass Petroleum flouted the MoU, Ibeawuchi alleged, prompting Ogah’s firm to approach the court of law in (Suit NO: FCT/HC/2196/14) to address their grievances.

He said they decided to make the clarification so that the public would be misled.