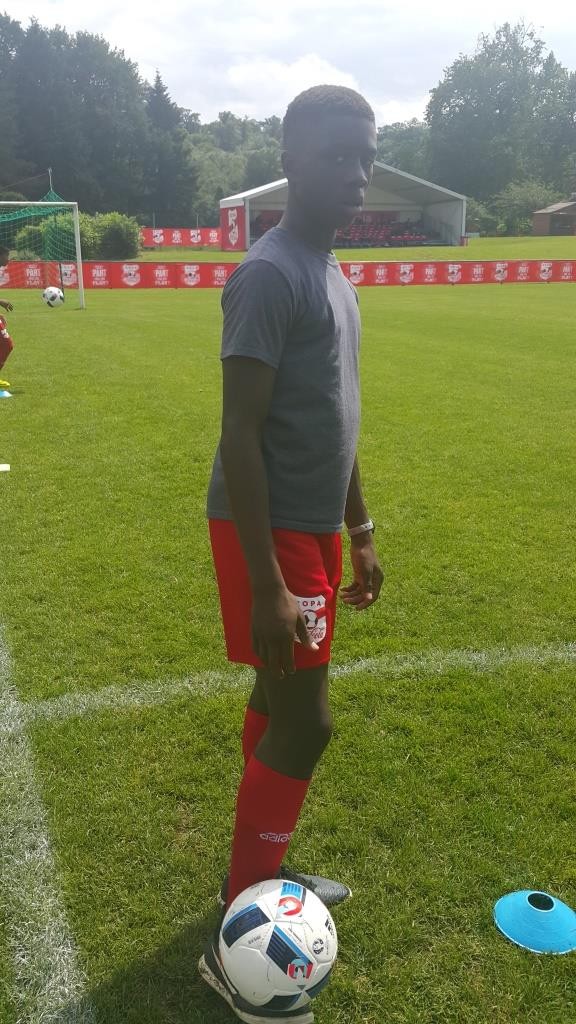 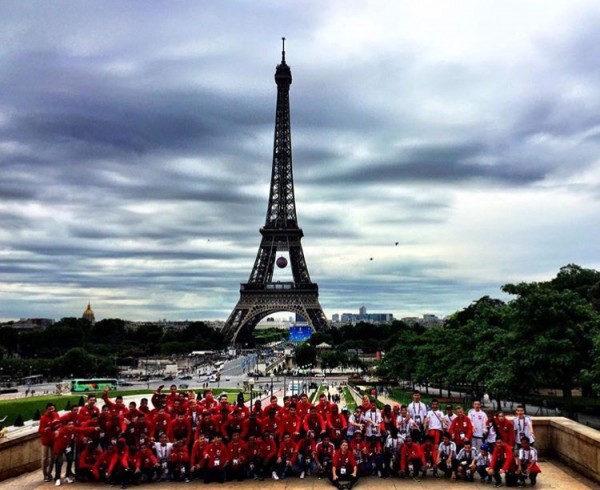 Ikenna Anabi is a 13-year-old boy in JSS 3 who does not only love to watch football, he plays it actively and is distinguishing himself as a talented player. Quite recently, Through the Copa Coca-Cola U-15 football tournament, Ikenna was selected to join other young talented footballers across different countries at the 2016 COPA Coca-Cola International Camp in Paris, where he spent six days before returning to Nigeria.

Tell us about your experience at the 2016 International COPA Coca-Cola Camp?
It was an amazing experience interacting with other people from different countries, seeing the way they play and adding that to the way I play to become a better player.

How do you think this experience will help you as a young man?It has given me the experience of a lifetime, the ability to relate with different people in different conditions, so that I’m not enclosed to the same country, the same temperature, and the same people. In this way, I can learn from different people and learn how to play against different people, while also learning the perspective of different managers in football, as well as learning how to perfect my play. 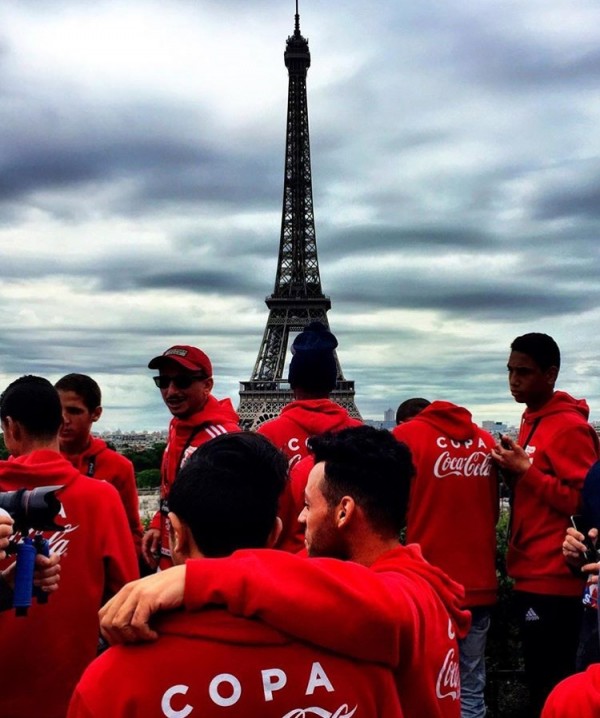 What were the things you were taught in the camp?
They took us through a set of drills, there are drills (archetypes) called the perfectionist, the machine, the rock, the rebel, I can’t remember all of them right now, but they are just a set of drills. The perfectionist is how to place your shots into far corners to score in the net, the rebel is a dribbling and defending exercise, kind of like a Blaise Matuidi-esque style, a midfielder that’s able to dribble with the ball and also able to defend against the opposition.

COPA Coca-Cola has different archetypes for the players, which among them would you call yourself or which one do they see you as in the camp?
I think I’m the joker.

So that means you made friends quickly in the camp and you always make them laugh?
Yes, Yes I do.

How do you think the 2016 International COPA Coca-Cola Camp will impact your off-field life?
For starters, it gives me a feel of Paris, to know how many clothes to pack (jokes). I have made new friends from different part of the world and I saw how great the world will be if there is unity.

So which position do you play?
I am a midfielder basically, I can play from either the right midfield, left midfield or attacking midfield position, I occasionally strike as well.

Was there a mini tournament in the camp? And did your team win?
Oh no, we didn’t win.

Did you make any real close friends in camp?
Yes, I did.

And do you still plan to keep in touch with some of the guys?
Yeah, some of them.

So did you meet anyone big in Paris?
Yes, PSG had coaches and trainers. They came to train us and also observe our attributes and abilities, which was to help make us better. I also met the legendary Xavi.

Did you watch any of the Euro 2016 matches?
Yes, I watched the France versus Iceland match, it was a good game with seven goals.

Overall you had fun, right?
Yes, I had a lot of fun.

So do you have anything to say to Coca-Cola?
Yes, I want to say a big thank you to Coca-Cola for this experience, thank you for believing in teens like me. We promise we won’t let you down.

With this experience you have gone through, do you think you want to be a footballer in future?
If it runs past my course of way, then definitely.