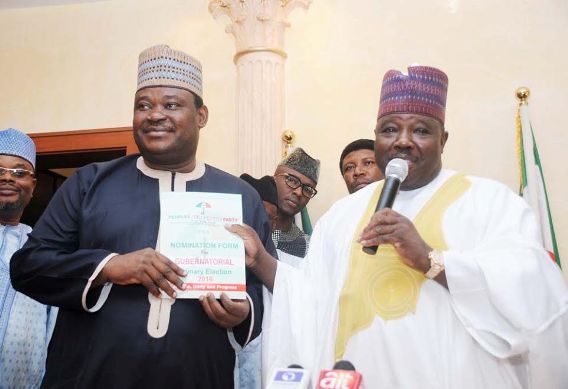 He picked the forms after paying the sum of N11million to the Senator Ali Modu Sheriff faction of the party on Thursday in Abuja.

Mr. Ibrahim, who was governorship candidate of the ‎defunct All Nigeria Peoples Party (ANPP), expressed optimism about his chances at the forthcoming poll in Ondo.

On why he picked the form from the Sheriff faction, the billionaire entrepreneur said the Ahmed Makarfi-led National Caretaker Committee of the party was not known to the law.

Ibrahim promised that if elected into office as governor, he would create jobs, develop human capital and pay the outstanding salaries of workers in the state within his first 100 days.

“I will restructure the state in the area of capacity building, good innovation and by putting the right thing in the right place at the right time. I will pay the workers within the first day of my 100 days in office. Non-payment of salaries by state government is the failure of innovation of states by governors. It is when you are innovative that you will be able to pay salaries. Those (governors) who are owing are not efficient. I’m not owing any of my workers”, he said.