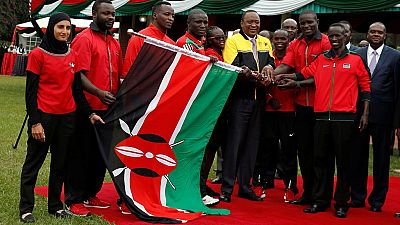 On Thursday, Kenya’s Olympic committee sent home a sprinting coach from the Rio Games after he posed as an athlete and gave a urine sample to drug testers.

According to Kip Keino, chairman of the National Olympic Committee (NOC) of Kenya, John Anzrah was sent home after a drug test at an Olympic venue.

“He presented himself as an athlete, gave the urine sample and even signed the documents. We cannot tolerate such behavior,” Keino said.

“We don’t even know how he came here because we (NOC) did not facilitate his travel here,” added Keino.

The East African nation boasts some of the world’s best middle and long-distance runners, but more than 40 of its competitors have failed drug tests since 2012 and its athletics federation has been mired in corruption scandals linked to doping.

The concerns over Kenya’s doping problem were so large that at one point the country’s participation at the Olympics was under threat.

It was not clear which athlete Anzrah was pretending to be.

A senior source at Kenya’s running federation said he had spoken to the concerned athlete, who claims Anzrah used his accreditation purely to obtain free meals from the athletes’ village.

“When the anti-doping officials met him, they assumed he was the athlete and that he was lined up for testing,” said the source.

“The coach, for fear of being exposed or discovered, did not explain to the anti-doping guy that he is actually not the athlete. Hence he played along and went for the test,” the source further said.

The International Olympic Committee said it had set up a disciplinary commission to investigate the matter.

“We take note of the decision of the Kenyan Olympic Committee to send home its athletics coach following a violation of anti-doping rules and we thank the NOC for its swift action,” a spokesperson said.

“The IOC has immediately created a disciplinary commission to look into the matter with regard to the coach and the athlete concerned.”