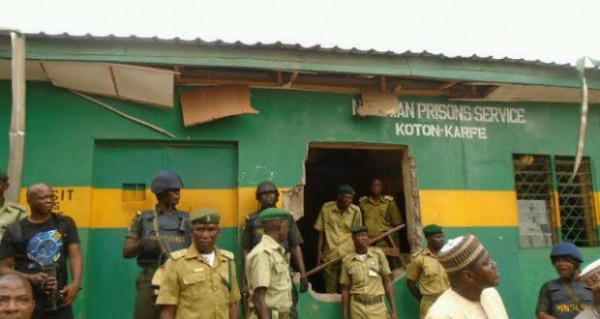 The Controller-General of Nigeria Prisons Service (NPS), Ja’afaru Ahmed has set up a three-man panel to investigate the circumstances surrounding last Saturday’s escape by 13 inmates from Koton-Karfe Prison in Kogi State and forward the report to his office for necessary action.

The Kogi prison break came less than two months after two inmates also escaped from the Kuje prison in Abuja. The escapee – Maxwell Ojukwu from Delta state and Solomon Amodu from Kogi state – who are still awaiting trial following allegation of suspected culpable homicide, are still at large.

Although five of the Koton-Karfe prison escapees have been recaptured, Mr. Ahmed is leaving no stone unturned in ensuring that the episode does not repeat itself.

The Public Relations Officer (PRO) of the Service, Francis Enobore said the NPS boss announced the setting up of the three-man panel while carrying out an on-the-spot assessment of the Koton Karfe prison on Sunday.

According to him, the Controller General further stated that security arrangement was being strengthened in and around prison facilities across the country to forestall future occurrence.