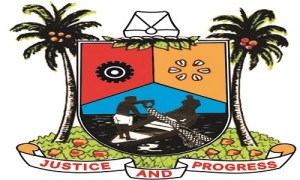 About 6,083 private schools have been reportedly captured in the ongoing Private School registration in Lagos State.

The state government had began a fresh registration exercise for private schools across the six education districts on July 28 to create a central database of Private schools’ operators.

Statistics from the exercise showed that of the schools captured in five of the six educational districts, a substantial number of the schools were still seeking government approval.

The Permanent Secretary of the Ministry, Mr. Adesina Odeyemi, shortly after touring schools in District 1, Agege, lamented the low turnout of schools for the exercise before the deadline on Wednesday, saying “more school would have been captured if they had turned up earlier.”

Some well established schools are said to be yet captured.

“After inspection, I discovered that the response had been very low since the exercise started. But with one day left, I discovered was that the turnout has started to improving,” Odeyemi added.

He disclosed that after the exercise about 11, 000 schools are expected to be capture in the exercise.

Odeyemi however warned that, “At the end of this exercise, if any of the schools failed to register that implies the school owner deliberately wants to hide and does not want the government to monitor the activities in his school.  And the government will have no option than to shut the school because the registration is free.”

He reiterated that the registration was for planning purpose, saying, “We want to have every detail of our pupils in order to monitor them for development purpose. The future of the state lies in the hands of these students. And because of this, ensuring that they get the best education is the responsibility of the state government.”

Earlier, the Director of Education Management Information System in Education District II, Mrs. Tayelolu Showemimo, expressed concerns that the “Big Schools” were not turning up to register.

She noted that the district targeted about 2,000 schools considering number of schools springing up daily but only got 676.